Sophie von Hellermann’s paintings recall the look of fables, legends, and traditional stories that are imbued with the workings of her subconscious rather than the content of existing images. Her romantic, pastel-washed canvases are often installed to suggest complex narrative threads. Von Hellermann applies pure pigment directly onto unprimed canvas, her use of broad-brushed washes imbuses a sense of weightless to her pictures. Von Hellermann’s paintings are drawn upcon current affairs as often and is fluidly as they borrow from the imagery of classical mythology and literature to create expansive imaginary places. I subject matter and style, von Hellermann tests imagintation against reality. 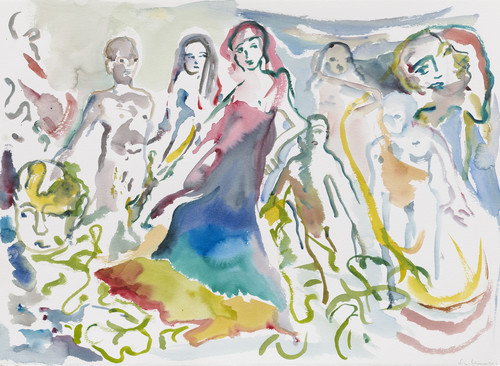 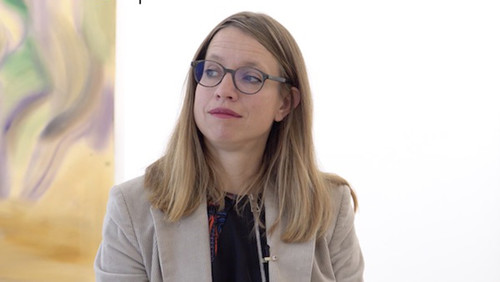