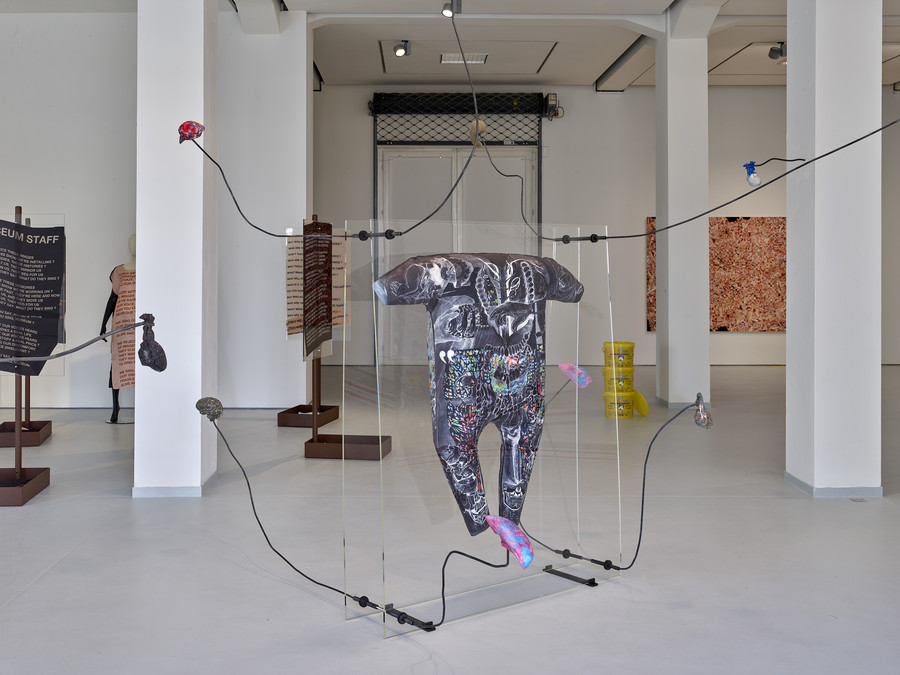 The artists of Body in Pieces dedicate themselves to the human body as a focal point at which pressing queries coincide, concerning the technological and social conditions of human existence, for instance. Knowledge about the body today reveals itself as being both relational and frayed. Take, for example, the notion of increasingly technically interconnected, posthuman bodies, competing with the traditional identity- and gender-based images that are predominantly and persistently in circulation. In the works of the seven international artists, the body consequently appears as a rather fragmented and ambiguous entity—in which power and control manifest themselves and which is economically and socially appropriated. At the same time, the body still represents our organic basis—from where innumerable wishes and desires are formulated.