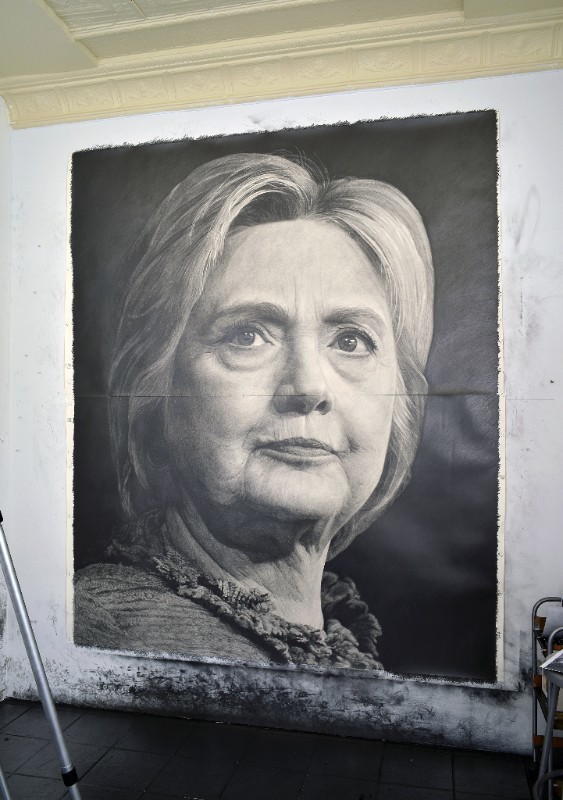 The exhibition includes several inter-connected works that address the loaded nature of portraiture: the role of this genre in establishing how we, as a culture, remember the acts of public figures, describe who occupies certain positions in our society, and whose images are recorded and why.

In this exhibition, Haendel uses the idea of the portrait to explore contemporary definitions of masculinity, power, and public identity. He undertakes the challenging task of drawing a portrait of what it is to be a man, or perhaps what is expected of men, in images that span a broad range of representations from the heroic to the abject, from the depiction of male achievement in the highest ranks of power to a raw and unsympathetic examination of a middle-aged convicted sex offender. An inquiry into what represents masculinity also requires a look at the conventions of gender representation, as masculinity and femininity have so long been defined, particularly in images, as a codependent set of complimentary traits. In BY AND BY Haendel both reasserts and undermines these conventions in heroic portraits of teenage girls riding rodeo, reproductions of murals depicting black civil rights leaders, and a monumental portrait of Hillary Clinton. His drawings and his video work against a tradition of portraiture that collapses individuals into ciphers and symbols that read as shorthand for historical legacies and narrative tropes.