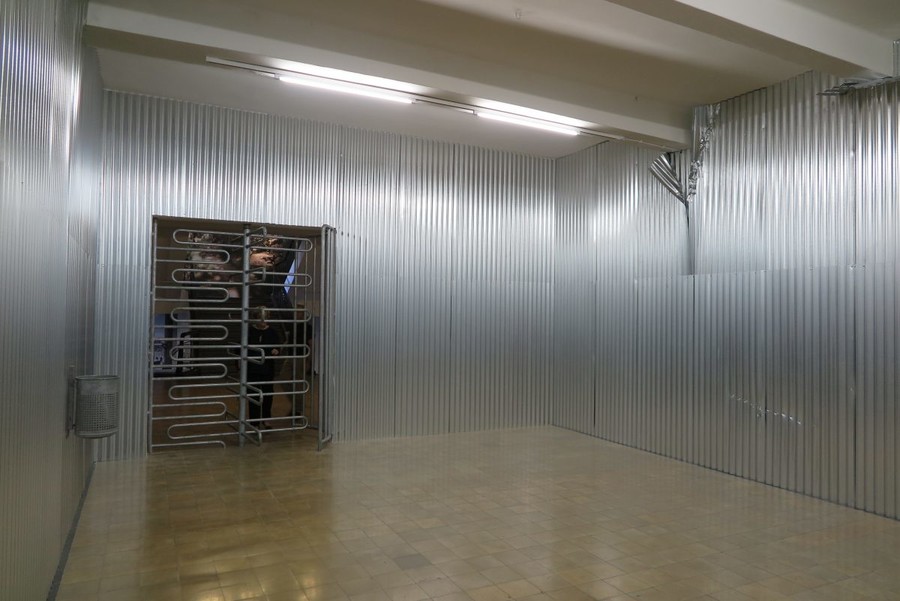 When artist duo-cum-curators Elmgreen & Dragset came up with “a good neighbour” as their theme for the Istanbul Biennial, the world was a different place. Barack Obama was president of the United States; Britain was a mainstay of the European Union. The military coup against Recep Tayyip Erdoğan’s government, which saw tanks in the streets of Istanbul and Ankara, had yet to happen. Since then, the planet has shifted on its axis.

As the 15th Istanbul Biennial opens to the public, “a good neighbour”—the very question of how to live together as people and countries—is relevant in ways few could have foreseen. And if, on the surface, Turkey is recovering a superficial form of normality, the coup’s aftermaths run deep. Bolstered by the ongoing state of emergency, Erdoğan is reported to have presided over tens of thousands of arrests, as well as the mass termination of public officials suspected of supporting the putsch. Mass trials are ongoing. Freedom of expression has also been severely curtailed and arrests over social media posts are not uncommon.

Speaking at the biennial’s press conference earlier this week, Elmgreen & Dragset hinted at the difficulties of working in Turkey, although they denied any allegations of censorship, self-imposed or otherwise. “Of course we live in times when the whole world doesn’t look like Western Europe or the U.S., where we speak about a freedom of speech that is different from the rest of the world,” said Michael Elmgreen, when I asked about the kind of limitations they had to contend with. “But in our preparation for the biennial, there was nothing we could not do.”

Whether or not he was being politically correct, the duo has delivered, in a highly fraught context, a biennial that is by turns politically charged and poetic, anchored in its local scene yet international in reach. The exhibition might not overtly criticize Erdoğan’s government, but it nonetheless feels topical and attuned to its surroundings; it’s a fantastic achievement.

Olaf Metzel’s Sammelstelle (1992–2017) is an enclosed space covered with torn-up pieces of corrugated iron, a material that now stands as a signifier of displaced-person camps and shantytowns. Originally conceived in response to the refugee crisis triggered by the war in the former Yugoslavia, this latest iteration of the piece makes a striking sculptural statement. Sammelstelle entraps the viewer in a room evoking Calais’s Jungle, Lesbos, Malta, as well as Soweto, Rio, or Delhi. It pays homage to the 31.1 million people currently displaced, and, more broadly, to all those for whom home is little more than a precarious assemblage of metal sheeting.