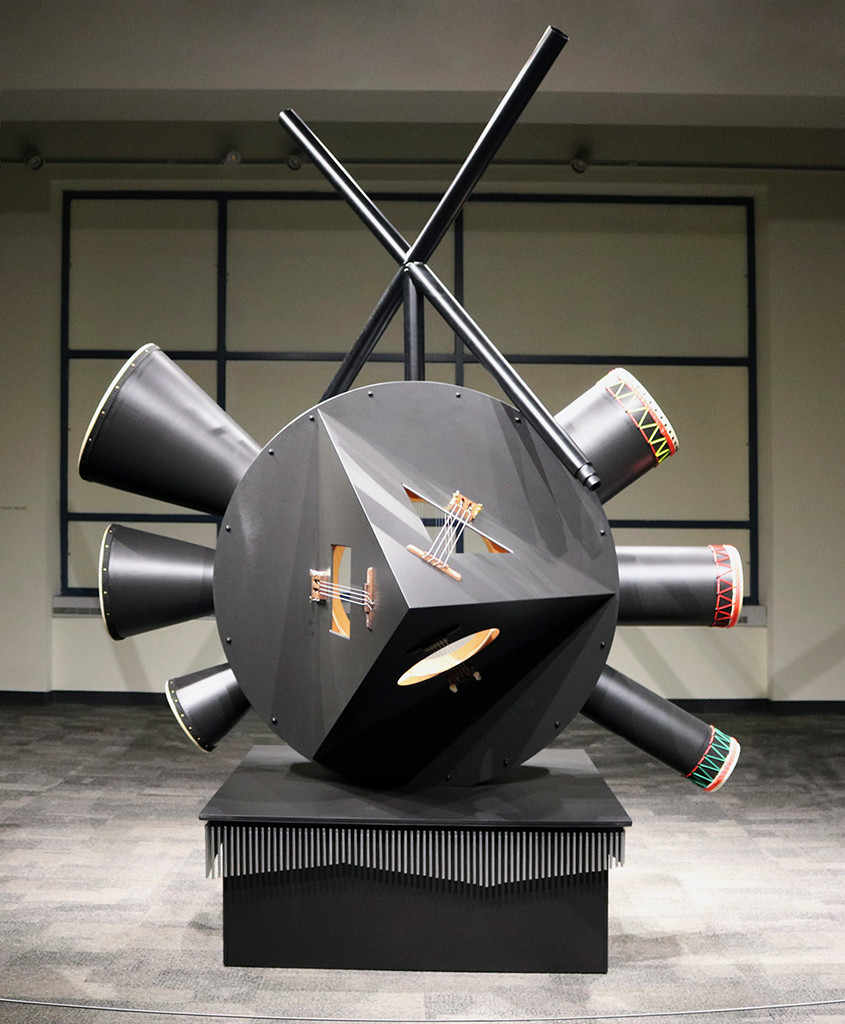 All of us know implicitly that sometimes a musical instrument can be a work of art, but it’s not very often that the reverse is also true. This hand-crafted sculpture by Berlin-based sculptor and video artist Nevin Aladağ, made in collaboration with local musician and instrument maker Amado Espinoza, was conceived as a functional string instrument to be played by a trained musician, even though the work’s appearance is as an imported, exotic form, to be appreciated solely for its aesthetic qualities. Born in Turkey and raised in Germany, Aladağ is particularly engaged through her work with exploring ways that music and its production can both dissolve and reinforce sometimes stereotypical ideas about cultural differences. By presenting a hybrid construction that merges sculpture, furniture and object at the American Jazz Museum, Aladağ invites her viewers to consider the relationship between sight and hearing, and also suggests that the conventional distinctions between styles, genres and even ethnic and national identities in music sometimes exist in stark contrast to music’s capacity to dissolve such differences with its universal appeal.