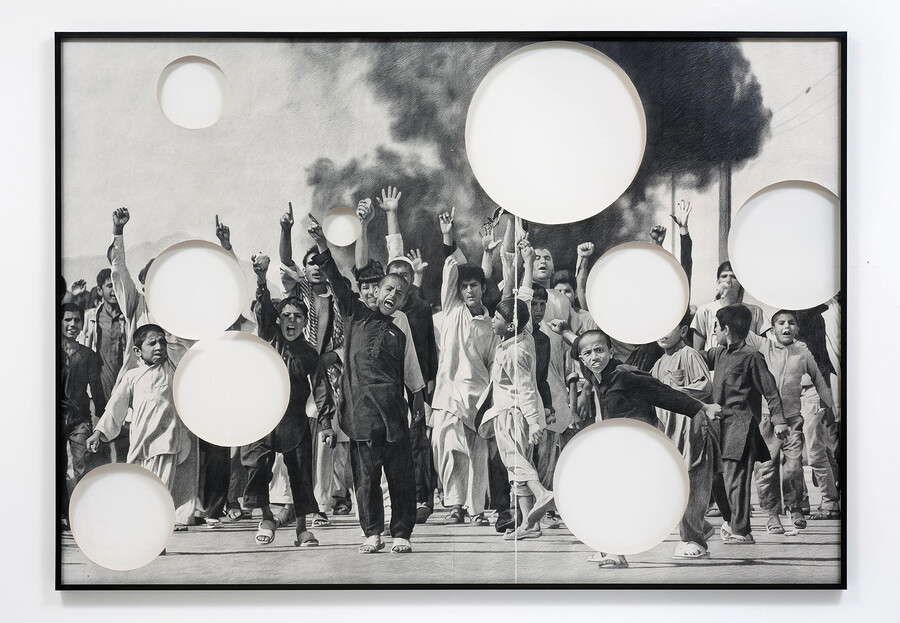 From May 27, 2021 to January 30, 2022, the EDF Group Foundation presents Fake News: Art, Fiction, Lies, a first-of-its-kind exhibition in France featuring works by French and international artists who alert and question the proliferation of false information in our hyperconnected world while challenging our critical minds.
Curated by Laurence Lamy, General Delegate of the Foundation, this exhibition offers an artistic and educational stroll between reality, interpretation and perception to understand and decipher the mechanics of false information.

From the fake front page of the New York Times by the Yes Men to the deep fakes of the Bill Posters/Daniel Howe duo, via the fake news printer of Tsila Hassine and Carmel Barnea Brezner Jonas, the exhibition brings together drawings, paintings, sculptures, installations, photos and videos by artists who play with representations of the world to introduce visitors, particularly the youngest, to the contemporary issues of infox. Between authenticity and inventiveness, realism and dreamlike, the exhibition makes our beliefs and our perception of reality waver and plays with our credulous minds.

True or false? We are all daily spectators and actors of the proliferation of fake news via Facebook, Twitter, Instagram and many other platforms or social networks. Thus, the exhibition deciphers the mechanisms of creation and dissemination of fake news and proposes to acquire methods and tricks to stop their dissemination and escape from manipulation of all kinds, both political, economic, and social.

Karl Haendel's drawing Arabic Spring # 2, 2013 which will be on view in the show is based on an image from the newspapers and shows a group of protesting young arabic men. The artists want to drawn our attention to how we in the west are fed these same images over and over again of young angry arab boys and men, and this leads to certain anti-immigrant and anti-arab beliefs, and anti-immigrant policies of our western governments. The holes in the drawing interrupting the that narrative.