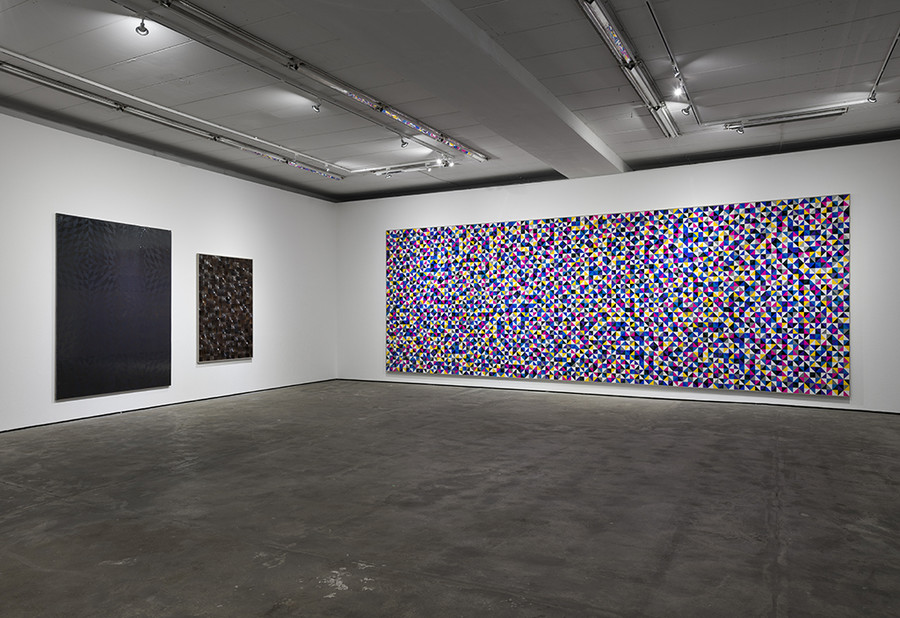 Ein Zimmer im Raum is the seventh solo show dedicated by gallery Wentrup, Berlin, to the artist Gregor Hildebrandt, titled after the writing of the poet and novelist R. M. Rilke. The minimalistic production of Hildebrandt always deals with concepts of cross-media transfers of music and poetry into visual art. Hildebrand incorporates in his works materials such as sound recording media, magnetic audio tapes and vinyl records, which he processes, or records something on them before using them on canvas, in photographic prints, or in expansive installations. An example is one of the works displayed, a large-scale painting formed of 624 multi-coloured vinyl records which were cut in the shape of small triangles and then reassembled like a mosaic, which were recorded by a musician who is a close friend of the artist.