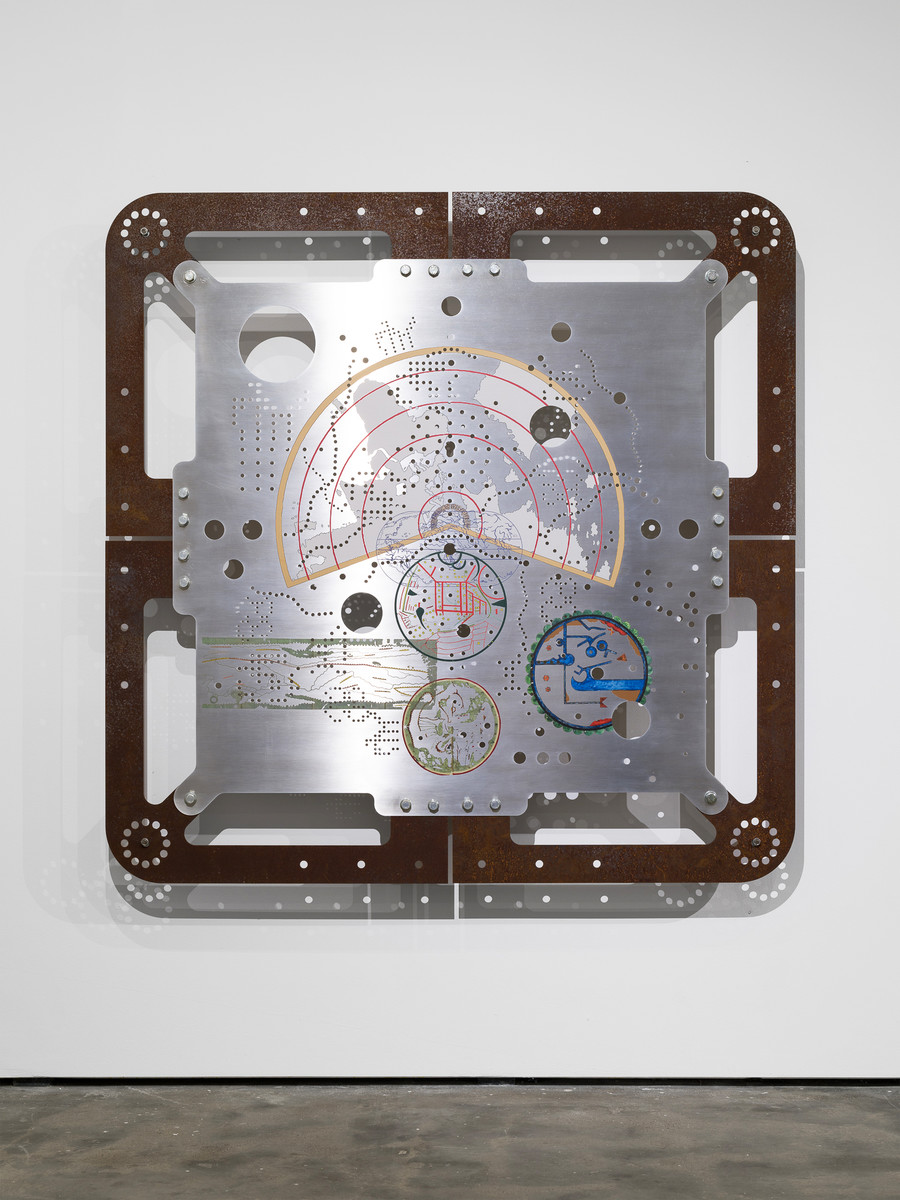 Where are the fluxes of affect to be located when thinking them as infrastructure?
The Institute for Endotic Research (TIER) proposes a constellation of words as an extension of that question, inspired by the transmediale Study Circle ‘Affective Infrastructures’. This constellation is drawn from Infratekture, a made-up word which mirrors the blurry edges of possible affects. We take the prefix Infra-, meaning below but also within, to think about Perec’s Infraordinary and Duchamp’s Inframince. And we place it alongside the Proto-Indo-European root *teks-, the root of text, textile, techne, technique, tectonic, architecture, hypertext, pretext, context and texture. With this constellation, we chart a course through the invisible links between the words, on the hazy map of affect.

Our approach with The Institute for Endotic Research sees the space as a text that is constantly written and rewritten, edited and reconfigured. Every intervention responds to the status quo of the space and transforms it. We invite artists, architects, and other practitioners to create interventions in the space, while we also produce our own architectural devices to give texture to the space. Both serve as a common infrastructure for the recombination of relations among people and objects. We ask the artists and researchers who are part of ‘Infratekture’ to respond to this context when applying their technique as part of a collectively unraveling text.

‘Infratekture’ will present works in the form of a two-evening event. It will be composed of a series of performances supported by interventions (both new and existing). The performances will explore notions related with the composition of the social body through the invention of its organs, its nourishment and its textures. This social body-text is readable and editable: it is the result of the accumulation of layers of socio-technical conceptualizations, as well as the affective infrastructures that bind them together. The necessary invisibility of the connections within and between the many words inside Infratekture will be used as a metaphorical device to explore affect.

Mariechen Danz’s approach to a nonlinear historiography of both geographical and anatomical charts will be installed at TIER.space, as a way to question systems of knowledge production.