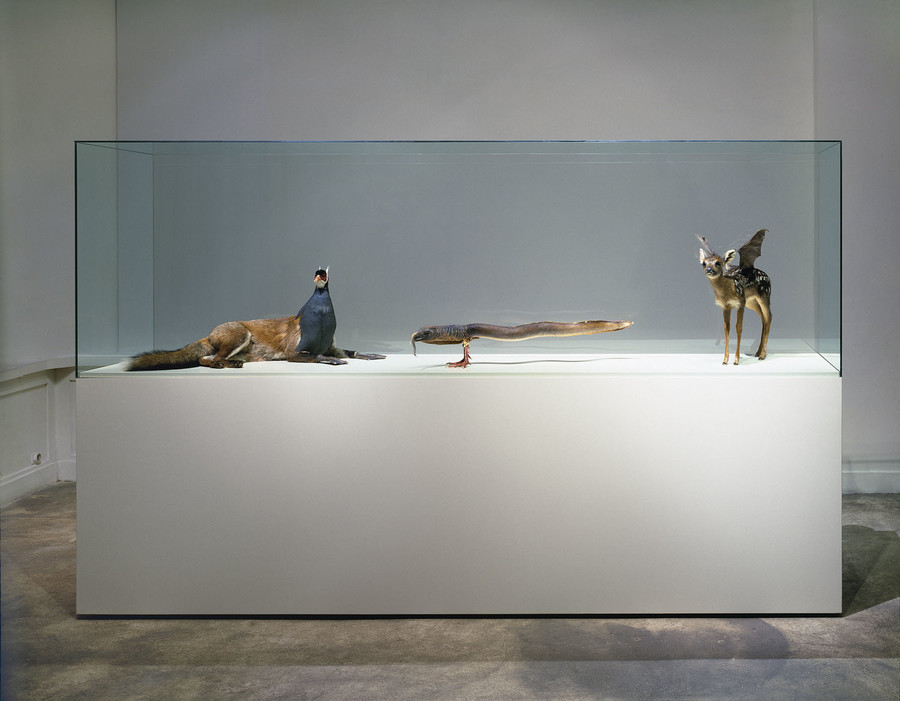 On the occasion of the 25th anniversary of the Falckenberg Collection, the Deichtorhallen Hamburg is presenting a comprehensive exhibition from 30 November 2019 to 24 May 2020 which will focus on installations and sculptures from the collection. The exhibition features some 100 works by over 60 internationally renowned artists, including Olaf Breuning, Jimmie Durham, Mark Dion, Thomas Hirschhorn, Jon Kessler, Jessica Stockholder, Diana Thater, Cosima von Bonin, Franz West, Mike Kelley, General Idea, and Erwin Wurm.

Many of the works on view were previously on loan to museums such as the Centre Pompidou, PS1, the Walker Art Center, Tate Modern, MoMA in New York, MOCA in Los Angeles, as well as the Venice and Shanghai biennales. For the first time, these works will be brought together in a major survey exhibition at the Falckenberg Collection in Hamburg-Harburg.

Some of the exhibits will be shown there for the first time, including works by Diana Thater, Jimmie Durham, Thomas Hirschhorn, and Jean-Jacques Lebel. In addition, many of the works on view, such as Jon Kessler’s multimedia installation The Palace at 4 A.M., have been extensively restored especially for the exhibition, thus offering visitors a chance to experience them in a new light. The permanent installations by Jonathan Meese, Thomas Hirschhorn, and John Bock at the Falckenberg Collection are also an integral part of the show.