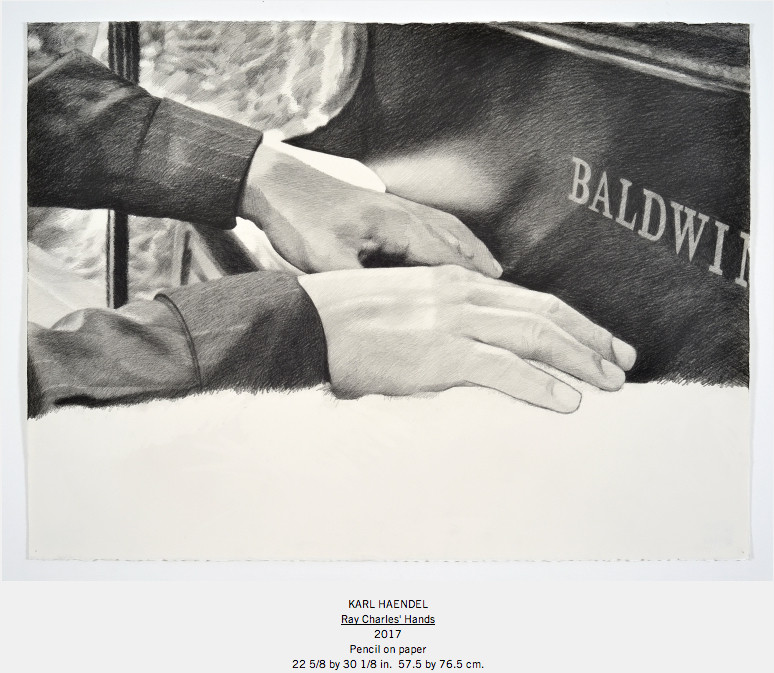 The exhibition is an exploratory dialogue between the work of two artists dedicated to the particularities of making drawings. In the process of forming the exhibition, Karl Haendel traveled from Los Angeles to The Jay DeFeo Foundation in Berkeley to spend time immersed in Jay DeFeo’s drawings, examining the range of marks, evidence of pencil hardness, effect of varied pressure, composition, and diverse subject matter in DeFeo’s work, communing with those details through the lens of his own deep experience with the medium.

Along with her dexterity across diverse mediums, including painting, photography, photocopy, and collage, Jay DeFeo (1929-1989) consistently devoted herself to meditative and labor-intensive graphite works on paper. The familiar and iconic forms in DeFeo’s oeuvre appear across subject matters and periods, including works from the Tripod, Pink Cup, Compass, and Reflections of Africa series, in which DeFeo found meaning in the studied repetition of a transmuted form over many years. Often in centrally focused compositions, the drawings can have a ghostly quality, as though the depicted object seems to appear and disappear alternatively.

While Karl Haendel’s (b. 1976) work includes drawings, installations, films, and public projects, he is best known for the production of large, labor-intensive pencil drawings, which are often presented in installation form. His work uses drawing to discover connections and affinities between seemingly disparate nodes of cultural data, drawing attention to the overlaps between the social, the political, and the personal. Through formal manipulation and repacking of pre-existing imagery, Haendel explores how our culture uses images to produce opinions, values, and beliefs and how the images we produce reflexively re-shape these frameworks.