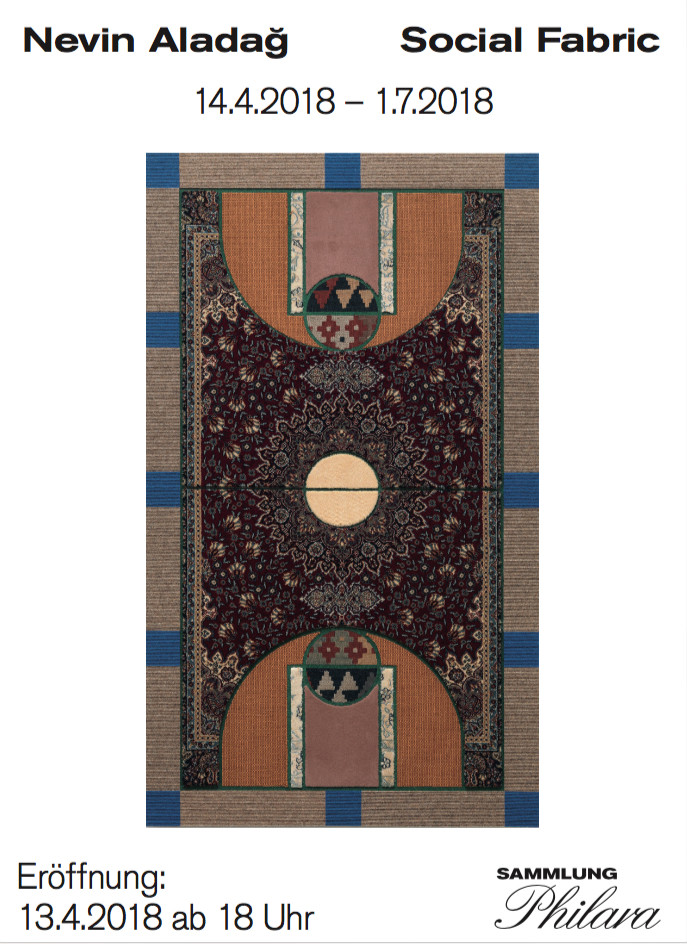 With Nevin Aladağ, the Philara Collection is showing an artist who has devoted herself to the ornament as a synonym of complex social constitutions.
In her cross genre works, Aladağ investigates questions about origins, identity and gender, by means of cultural artefacts and hand down plots. The dismantling of limits, the deconstruction of “the foreign” and the linking of antagonistically perceived cultural statements with organisations are the focal points in her work.
Nevin Aladağ tries to make the nature of our communities, their social structures as well as the interests of its individual protagonists herself included readable. In her series Colors, which has been an integral part of the Philara café Glas Lennarz since 2016, she covered diverse lamps by Poul Henningsen with variously coloured pantyhose. Through this procedure, the luminosity of the lamps changes, and the design icon Henningsen obtains a new interpretation. Simultaneously, the artist introduces a discourse about gender, skin colours and politics, which articulates a heterogeneous ideology. The series Pattern Matching is about the comparison of “western and oriental structures”. The lines of an American basketball court are assembled by a number of different parts of an oriental carpet. The patters are inconsistent. A complex reference system of alleged opposites such as privacy and publicity unfolds. Through the overlapping of patterns, that belong to different semantic systems western play versus oriental ornamentation.
Aladağ brings about a new, hybrid significance. Music and dance are recurring elements in Aladağ’s fields of interest. In her performance Musikzimmer, which, inter alia, was also performed during the documenta 14 in Athens, she transforms pieces of furniture into musical instruments. This furniture can be used to play music, without losing its original functions. Instead, a double function is being formed, which requires an active handling with the object. Nevin Aladağ forms bodies of resonance, negotiation spaces and stimulates a revision of one’s own position in them.

Nevin Aladağ was born in 1972 in Turkey, and now lives and works in Berlin. She studied at the Munich Academy of Fine Arts with Olaf Metzel. In 2017, she participated in documenta 14 in Athens/Kassel, as well as the 57. La Biennale di Venezia.