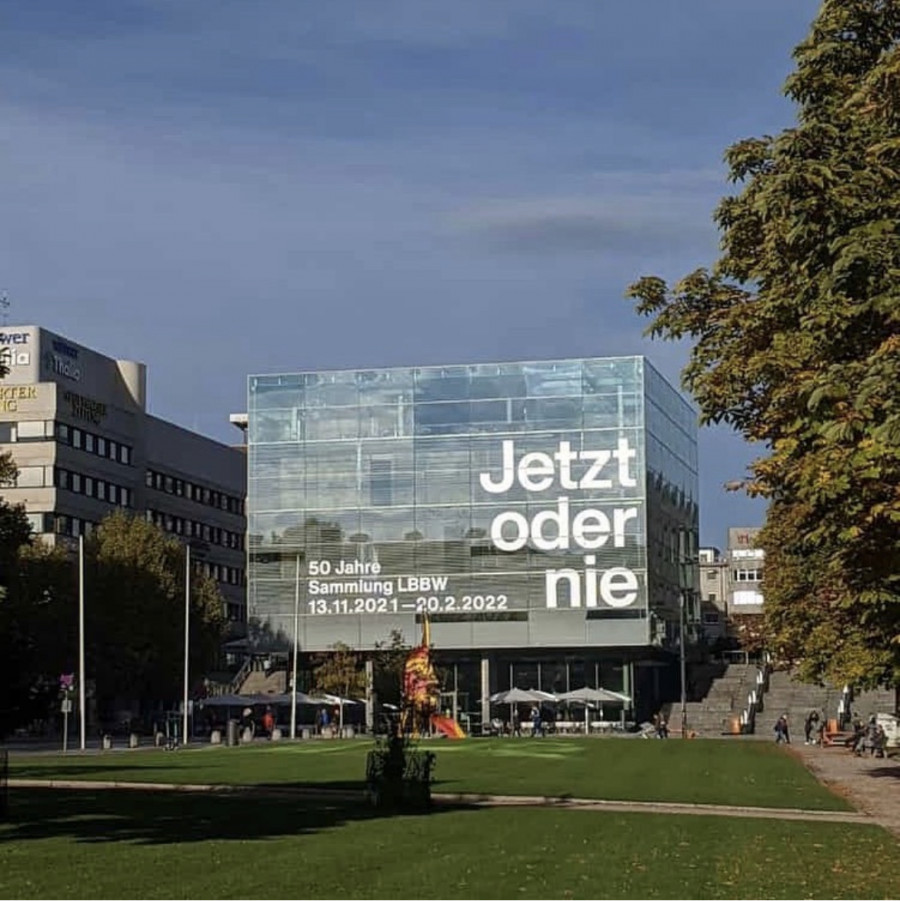 On the occasion of the LBBW Collection’s fiftieth anniversary and its long-standing cooperation with the Kunstmuseum Stuttgart, a selection of outstanding works from the LBBW art collection will be featured in a large special exhibition. For the first time, the entire spectrum of the collection’s holdings will be on view, from classical modern art to contemporary positions.

As a reflection of the present(s), the works open up a contemporary panorama of German history, ranging from the beginning of the twentieth century to current events and topics. Arranged chronologically, the exhibition first turns attention to the artistic gaze in the prewar period, the Weimar Republic, and the Third Reich. The focus continues with events and debates surrounding Germany’s division and reunification, the feminist struggle for women’s equality, the West German student movement of 1968, and the Red Army Faction’s terrorist resistance against the (West German) state. More recent artworks reflect current issues, including migration, the transfer between cultures, the ongoing digitalization and economization of our living and working environment, as well as the manipulative power of images.