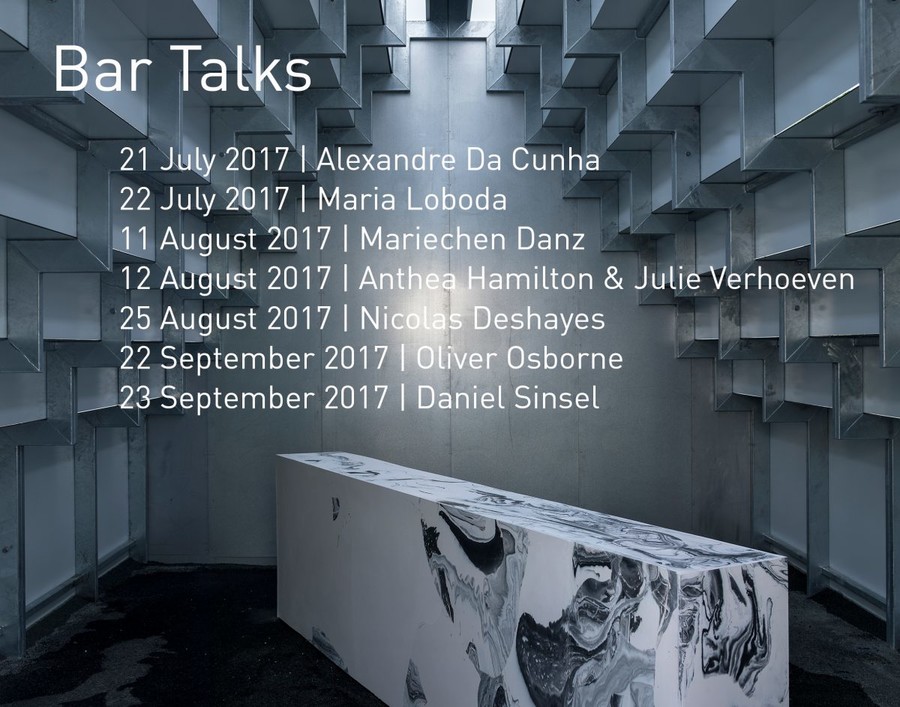 Peles Empire’s project sculpture at Skulptur Projekte Münster is a venue for special bar talks: Katharina Stöver and Barbara Wolff invited seven artists whose works already had been shown at Peles Empire’s exhibition spaces in London, Cluj and Berlin over the past 12 years. In this manner, the bar talks return to the roots of the first Peles Empire salons in Frankfurt as well as pointing out the collaboration between Peles Empire with other artists.

The talks will be held at 7 pm (8 pm, 21 July) at Aegigiikirchplatz in Münster. Admission is free.