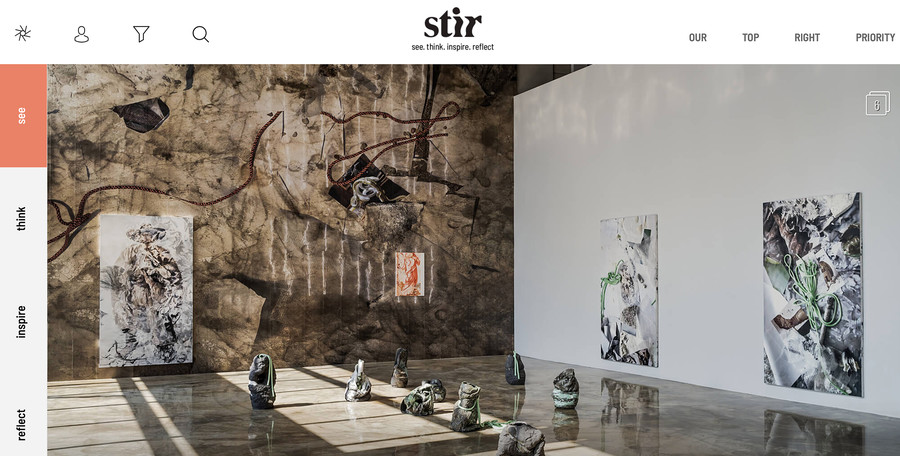 On-site installations by German artists duo take viewers on an immersive journey from ancient Korean ceramics to a pastoral utopia as they explore the show "Even here, I exist".

The floors at Barakat Contemporary, made of resin-covered concrete, caught the imagination of Peles Empire the moment they set eyes on it. Although they only saw it through photographs and videos, this "painterly but also 3D feeling of the floor" became the inspiration for the wallpaper that covers the large wall in the main space, as part of "Even Here, I Exist". This is Peles Empire's first show in Asia, inspired by traditional Korean ceramics, including the glorious celadon wares that reached their zenith during the 12th century Goryeo (Koryo) period.

On the floor of the main space, green-glazed black, grogged clay and Ming porcelain objects are combined with rope and / or paper, say Katharina Stoever and Barbara Wolff, who together, are Peles Empire, in an email interview with STIR. On the walls are paintings and prints on Jesmonite panels. These include elements like a photograph of a French etching of a Romanian shepherd and side products from the studio.