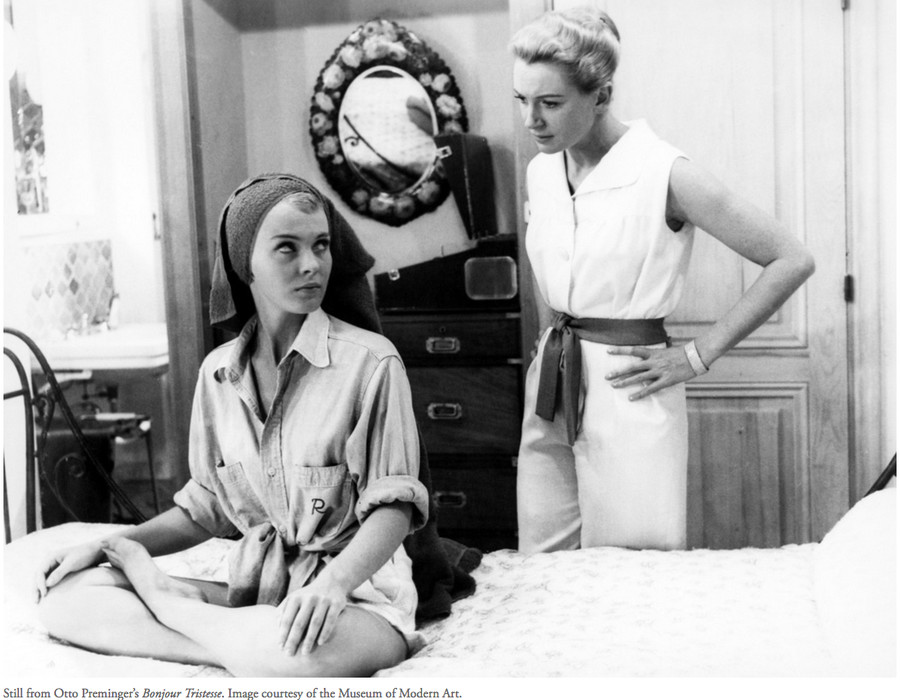 We asked 17 talents to open up about the moving pictures that left a lasting mark on them, from disaster documentaries to 1970s action flicks and Swedish psychodramas.

This German artist’s mixed-media paintings and sculptures often allude to music, using its physical remnants (cassette tape, cut vinyl records) as a medium. But he’s long been influenced by cinema, as well. “I had a profound experience when I watched this Otto Preminger film,” Hildebrandt says. “Juliette Gréco is singing the song ‘Bonjour Tristesse,’ while Jean Seberg dances–first with an admirer, and then with her father. At the end of the scene, which was initially in black and white, the film zooms into the colorful past. The voice-over thoughts of Seberg’s character overlap Gréco’s song.
“It is, for me, a perfect excerpt from the film, where several things come together in peculiar synergy. This scene was a pivotal moment for my paper works, in which I complement an image with a fragment of soundtrack. In a similar way to the admirer in the film, who can’t hear his dancing partner’s thoughts, the beholder doesn’t have access to the song present in my work.”