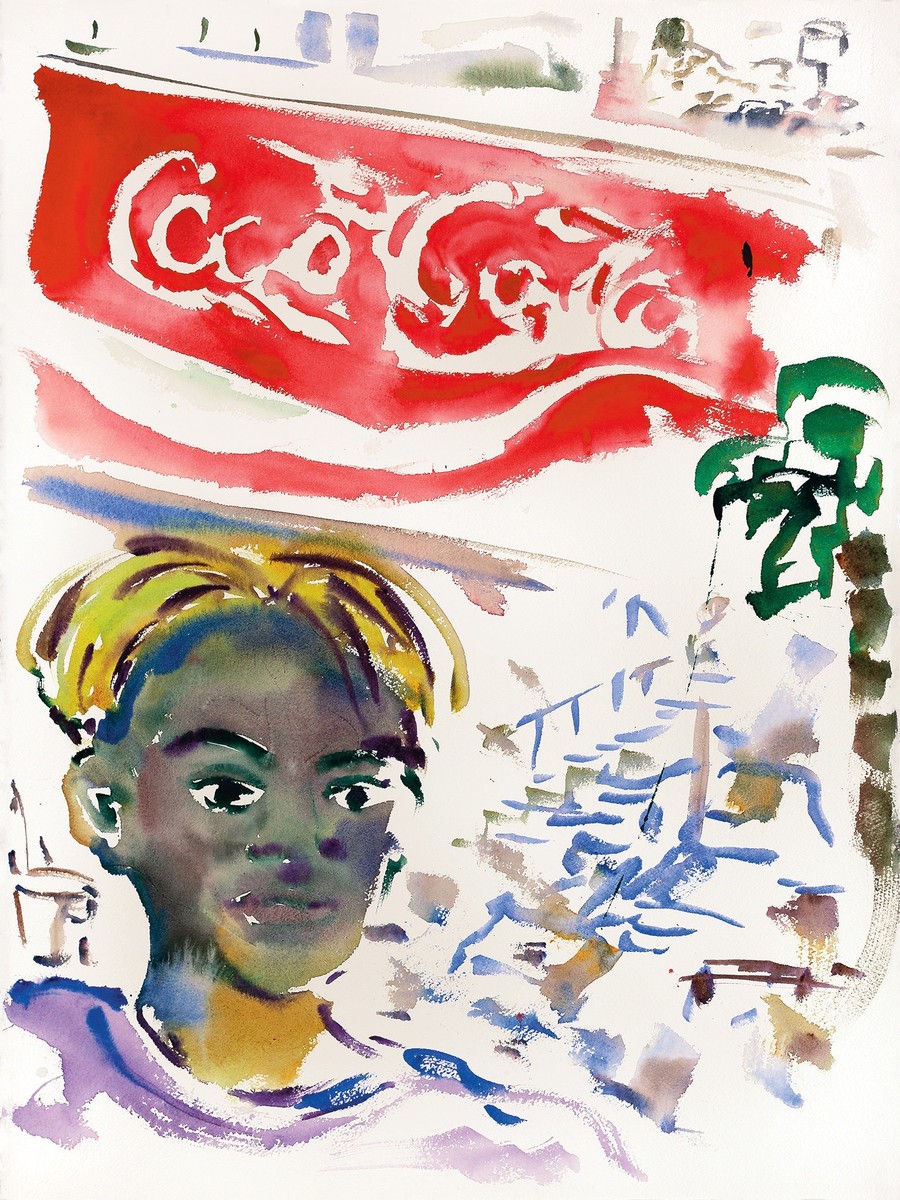 About the artist: Sophie von Hellermann was born in Munich and lives between Kent, England, and London, where she graduated from the Royal College of Art in 2001. Her paintings, some of which are in the permanent collections of the Los Angeles County Museum of Art and the Metropolitan Museum of Art, have a wispy, watery quality and explore subjects ranging from science to pop culture to ancient mythology. She is represented by Greene Naftali gallery in New York, which staged a show of her work last year. Her latest paintings are on view at Newgate Gap, a project space on the coast of Margate, England, through April 10, and a solo show of her work will open at Pilar Corrias Gallery in London on June 25.