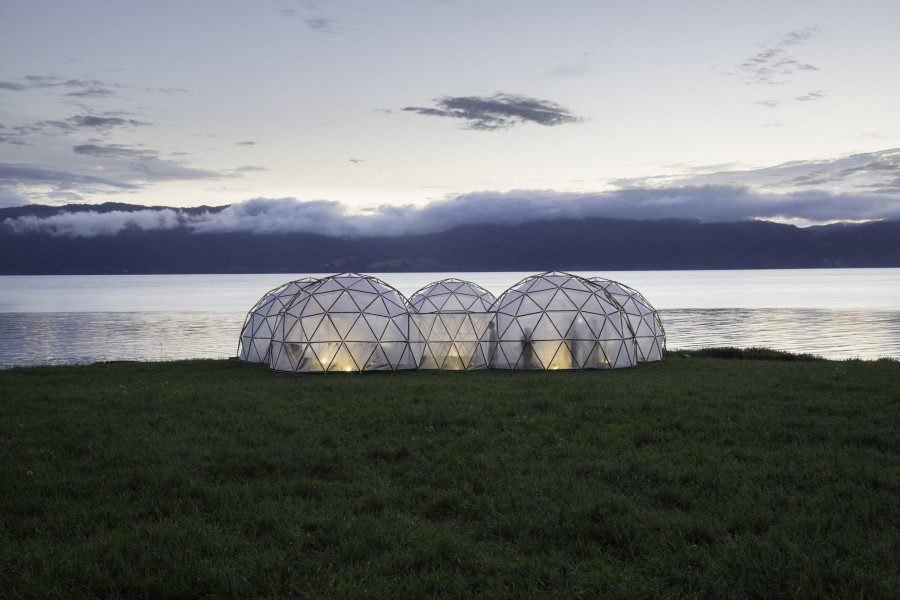 Air has an existential significance for all forms of life in the world. It is everywhere, albeit invisible and evanescent; it is literally impalpable. While until now in everyday life we have taken air for granted, in current political and social discourses air appears as a central element: during the corona crisis, we wear face masks to protect others from the air we breathe out, scientists are investigating the role of aerosols in the transmission of the Covid-19 virus, and climate activists fight for clean air and hence against climate change.

The depiction of air has been one of the artistic challenges at least since the Renaissance. Painting in particular has taken on this task. As a material, however, air is a relatively recent phenomenon in art. The artists of Modernism strived for the artistic appropriation of the world as well as its dissolution and transformation. It therefore only seems logical that they regarded air not only as an idea, but also as a material. Air was no longer depicted merely as wind, clouds, fog, steam, smoke, or breath, but has been deliberately used as a material. Thus it has been both a medium of expression as well as a subject in the visual, applied and performing arts since then.

The exhibition focuses on air as an artistic material and as a carrier of forms and ideas in the visual arts. The works on display, just like the material they all share, are sometimes expansive, sometimes minimal or even invisible, solid as well as ephemeral, they are located indoors as well as outdoors. The art works storm, whisper, blow, evaporate, breathe, and float.