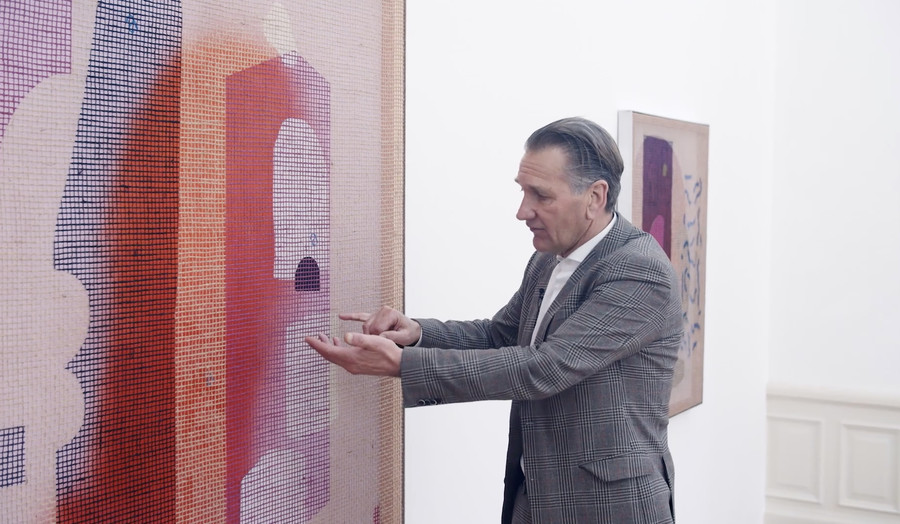 A digital tour of the David Renggli exhibition is now available: Bongos at the Lido with curator Andreas Baur!
The exhibition runs now until July 12, 2020 in Villa Merkel, Gallery of the City of Esslingen.

David Renggli's work is permeated with humor, poetry or even musicality and shows itself in the form of sculptures such as brightly coloured scarecrows, which appear in the form of lying fairground figures, gongs that decorate the walls like moon disks or extensive artist signatures that are basically nothing or designate the room at most. In addition, there are examples of his conceptual painting, such as the series of SUV paintings shown for the first time in Esslingen, in which David Renggli reacts with a wink to the more and more widespread forms of road traffic or his network images that build productive bridges to the history of Sculpture and sculpture. David Renggli also designs complex inter-media stagings, he realizes appropriations of imagery that is traditionally used in cultural history and that is fed by ancient sculpture or by images from the rainbow press and fashion magazines.