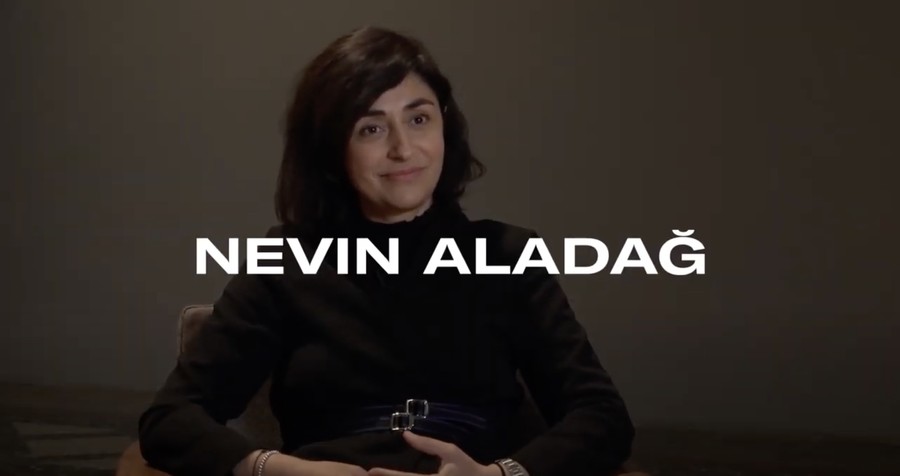 Nevin Aladağ talks to Sven Beckstette about the relationship between art and music in her videos and sculptures.

In the second part of the Volkswagen ‘ART4ALL’ Online Edition podcast series, Aladağ discusses the relationship between art and music, and talks about some of her video and sculptural works. The starting point is her video “Voice Over” (2006) from the Nationalgalerie's collection, which will be shown in the upcoming ‘Magical Soup’ exhibition.

In this video she lets instruments such as a harmonica and percussion ring through nature for the first time, the artist extends this process in the 3-channel video installation Session (2013). Since 2014, Aladağ has been designing unusual sculptures that contain elements of instruments. They can be played by musicians, which brings visual and acoustic forms into interrelation. Recent examples can also be seen in her solo show at SFMOMA.