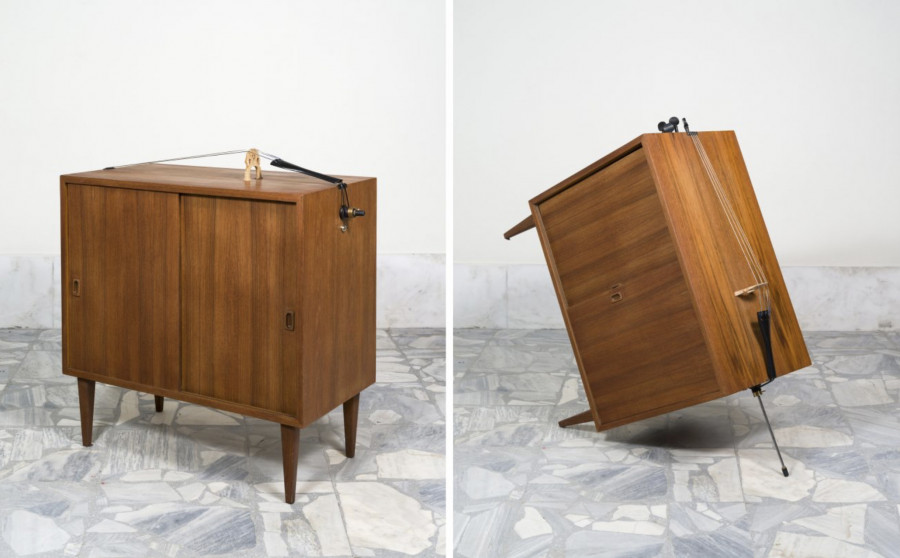 The first documenta was held in Kassel in 1955. Sixty-seven years later, the grand exposition’s fifteenth edition is scheduled to open in 2022. The one-hundred-day-long show has long been regarded as a dependable survey taking stock of the art of its time; it has also left a lasting imprint on the collections of art museums throughout the Federal Republic of Germany. Shifts in the foci of debate, collectors’ choices, and the selections that make it into exhibitions were and still are often initiated by documenta. Today, observers take a more critical view of documenta’s history and its founding myth. The continuities linking the young democracy to its National Socialist predecessor, in particular, have come under scholarly scrutiny in recent years; they were also a key concern in the extensive exhibition "documenta. Politics and Art" at the Deutsches Historisches Museum in Berlin. Critics have long dismantled documenta’s reputation as the “preeminent exhibition of contemporary art in the Western world.” And yet, with all its contradictions, documenta remains one of the most interesting exhibition projects, set apart by its independent curatorial and artistic team. Weathering many a crisis, it has established itself as an institution that has proven capable of ongoing self-reinvention, revising its ambitions and objectives and adopting new strategies.

On occasion of the 15th edition of documenta in 2022, the Lenbachhaus mounts the exhibition "The Remains of 100 Days …—documenta and the Lenbachhaus". A tour of documenta’s history from the inaugural 1955 exposition to the 14th iteration in 2017, it features selected outstanding works from all editions, revealing which works from the “100 days” have become fixtures of the museum’s collection and exhibition programming. Munich’s Lenbachhaus emerges in the presentation as a prime example of how vital the documenta format remains as a sounding board for the German museum scene.

The Lenbachhaus has long maintained especially close ties to documenta. Chief works by members of the Blue Rider’s inner circle figured prominently in the very first exhibition in 1955. Paintings like Gabriele Münter’s "Still Life in Gray", 1910, Franz Marc’s "Deer in the Snow II", 1911, and Wassily Kandinsky’s "Parties Divers", 1940, are now mainstays of the Lenbachhaus’s collection and its international renown. Outstanding works from the Lenbachhaus’s Blue Rider collection were also on view at documentas II (1959) and III (1964). Fritz Koenig’s sculpture "Großes Votiv K", 1963/64, and Asger Jorn’s painting "They never come back", 1958, purchased from the contemporary-art sections of early documentas, were among the Lenbachhaus’s first acquisitions of such works. The decidedly political bent of documenta IV (1968) is represented in the Lenbachhaus’s collection by Öyvind Fahlström’s sprawling Vietnam War panorama "Live Curve 2 (Snowfield)", 1967; Joseph Beuys’s documenta debut, by "Queen Bee I", 1947–52, from the collection of Lothar Schirmer.

Such strategic acquisitions of entire bodies of work or ensembles displayed at documenta have become a tradition at the museum that extends to the present. An entire room with four "shaped canvases" by Ellsworth Kelly from documenta 9 (1992) is now part of the Lenbachhaus’s collection. Two noteworthy installations—Ceal Floyer’s "Till I get it right", 2005, and Tejal Shah’s "Between the Waves", 2012—as well as a part of Thomas Bayrle’s wall relief "Carmageddon", 2012, came from documenta 13 (2012). Most recently, documenta 14 (2017) left traces in the museum’s collection in the forms of paintings by the artist Miriam Cahn and sculptures by Nevin Aladağ. Conversely, the Lenbachhaus has continued to send some of its treasures on loan to documenta. For her documenta X (1997), for example, the curator Catherine David borrowed Gerhard Richter’s "Atlas", which constituted the programmatic center of her presentation at the Fridericianum in Kassel.