Karl Haendel engages the long process of language building. His exacting drawings are the idioms that he deploys to assemble his syntactical, room-filling installations and architectural display conceits. The result is a gathering of hand-drawn images that when selectively juxtaposed with each other form a visual analogy that is similar to literary enterprises. For example, clusters of varied graphite-wrought images suggest humorous self-deprecating free verse or complex prose punctuated with neologisms, metaphors and popular signs.

More simply, Haendel uses his drawings as words and punctuation, referring to each drawing in his visual vocabulary as a ‘concept /image/ word’. (…) Haendel appropriates, copies and remakes images into new representations.
These found images or photographs of found things are enlarged, often to near monumental scale when translated into drawings. They are always graphically rendered in the shades and tonal values intrinsic to black and white photography. They are also negligibly edited and cropped but rarely to the point where they could be mistaken for an original composition. As fodder for elasticizing representation, his ever-multiplying oeuvre of pencil renderings nevertheless resist all systems of classification. Neither indexical nor random, images of medieval knights, studio paraphernalia, kosher salt packaging, cartoons, explorers, broken mirrors, newspaper clippings, doodles, and hard-edge abstractions all stand ready to be pressed into service. Labour is also content in Haendel’s drawings. It is indicated in the scale, quantity and ambition of his project, and in the accumulation of line, the trace of the hand, and the physical build-up of graphite. Haendel’s dedication to hard work, diligence and manual labour imbues his found and appropriated imagery, giving a tribute-like quality to many of his compositions. His slow and painstaking process evinced in each drawing correlates to his conviction in critical reading and active interpretation. We construct meaning, opinions and belief systems through the consumption of signs and images, and Haendel’s drawing project slows down the process for us, exposing the bias and speed inherent in the information industry. At the same time, his drawings also underscore the pleasures of study and interpretation in a cultural field of infinite signs.

(This text is written by Michelle Grabner and published in „Vitamin D2, New Persepectives in Drawing“, Phaidon, p. 116-119.) 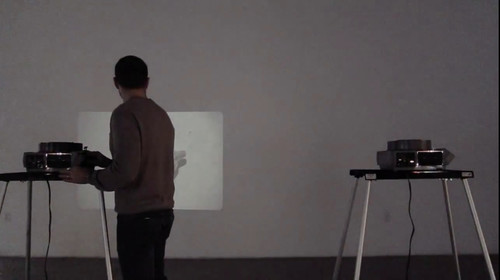