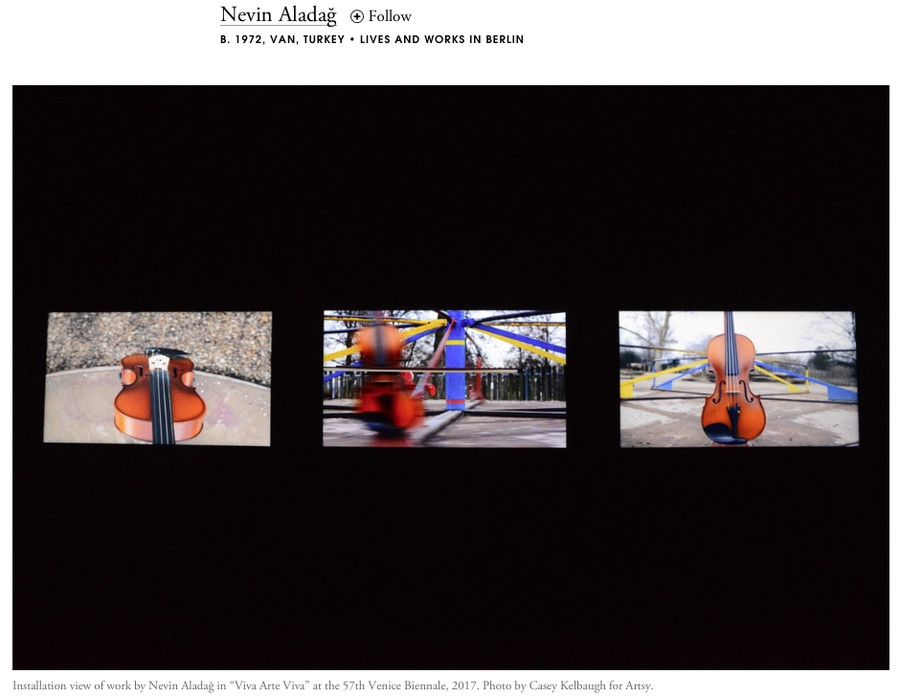 For Traces, a 2015 film, the Berlin-based, Turkish artist used balloons, tambourines, and a children’s playground to create what is both a kinetic sculpture and a piece of minimalist experimental music. The three-channel piece combines footage and audio of various soundmaking set-ups: a balloon inflated, stuck onto the end of a flute, and allowed to wheeze its air through the instrument; a merry-go-round with a violin affixed to its outer edge, so that every time it rotates it strikes a bow placed, just so, by the artist; an accordion hung from a lamp post, groaning as it stretches its bellows. The whole scenario has the intricate choreography of a Rube Goldberg machine, but one that’s been broken down into its constituent parts and taught to sing.

Aladağ was also an early favorite at April’s opening of the Athens chapter of Documenta 14 for her installation and performance Music Room. And, throughout the preview days of the Venice Biennale at 12 p.m. and 3 p.m., she will also activate an exterior stretch of the Arsenale with a new performance, Raise the Roof, which features headphone-clad young women dancing on plinths of varying heights to songs whose lyrics are emblazoned on their black t-shirts. —SI