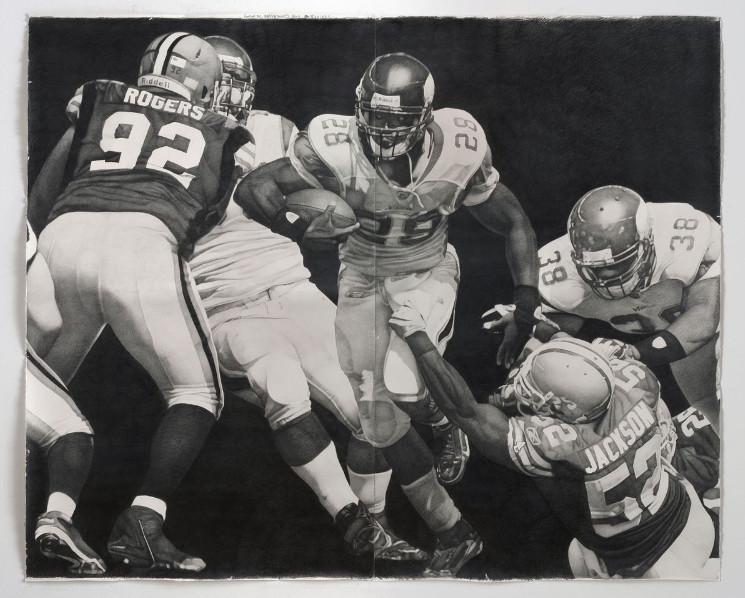 In the fast-paced, video-centric world of professional sports, Philbrook curators Catherine Whitney and Sienna Brown invite visitors to take a seat on the sidelines.

This original exhibition debuts one of the Museum’s most recent acquisitions, a large-scale, graphite drawing by American artist Karl Haendel. Wishbone captures the moment Minnesota Vikings running back Adrian Peterson begins slipping past Cleveland Browns defensive tackle ShaunRogers in a 2009 season opener. This meticulously hand-rendered, photorealisticgraphic drawing inspired by a photograph freezes a fraction of a sports second into a 84.5-inch by 103-inch wall mural.

Organized by Philbrook Museum of Art, Game On! remains on view through Superbowl LII with a schedule of diverse programming throughout the run of the show.