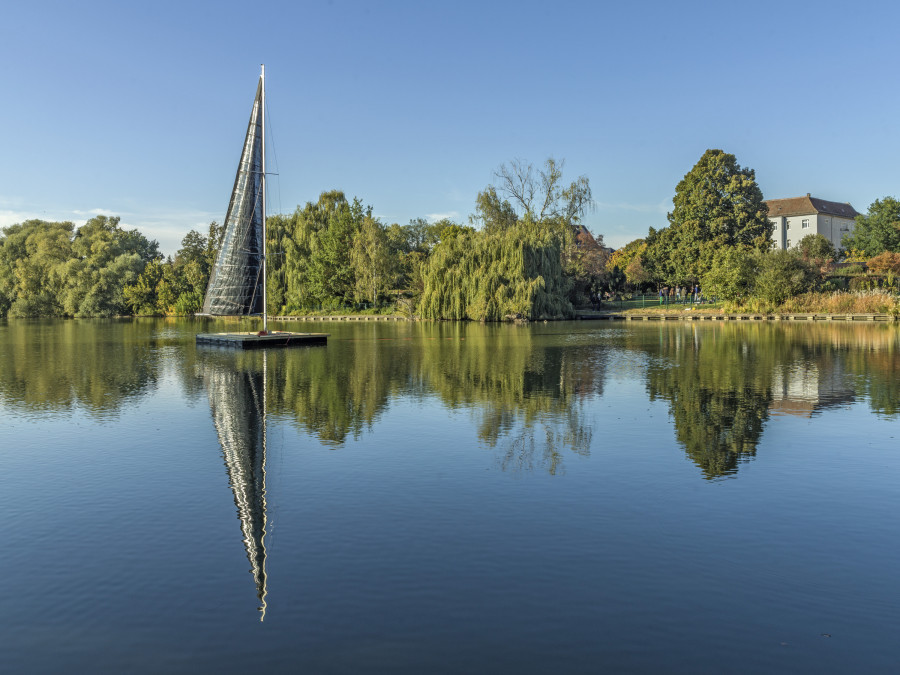 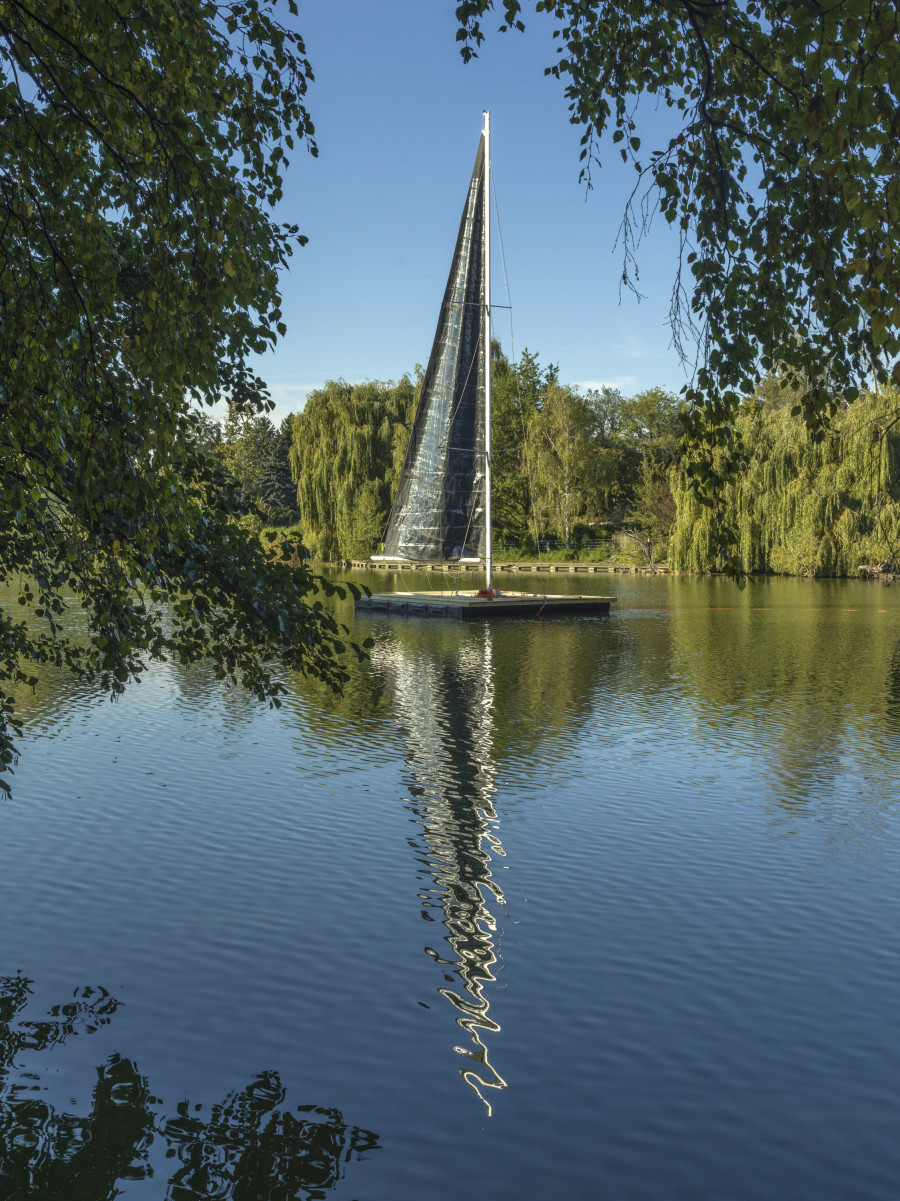 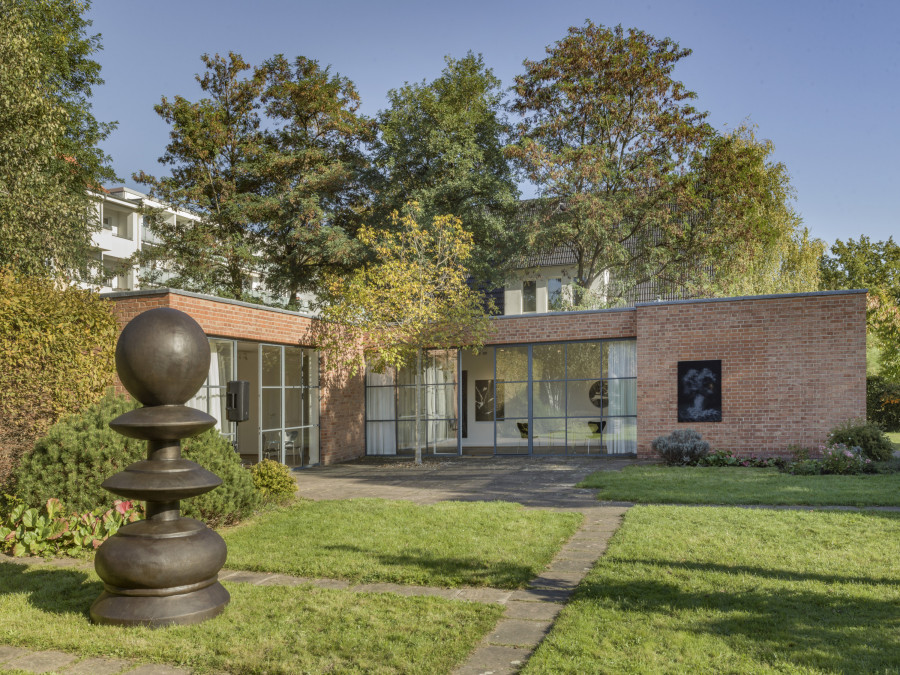 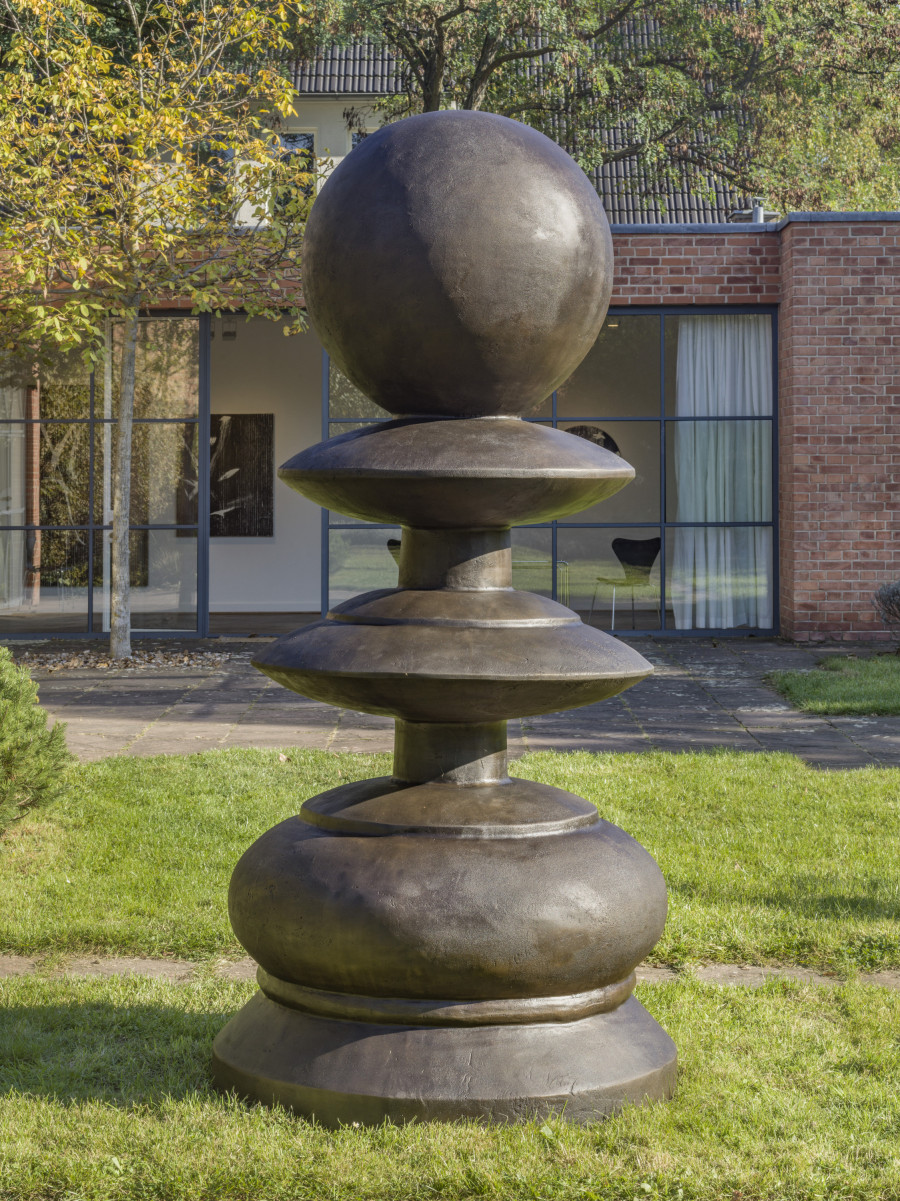 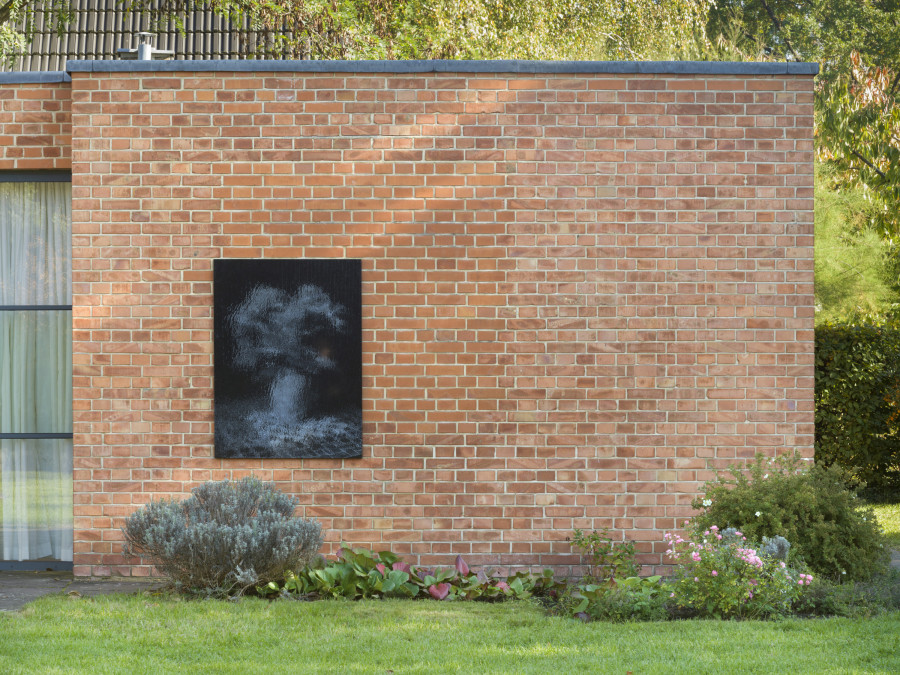 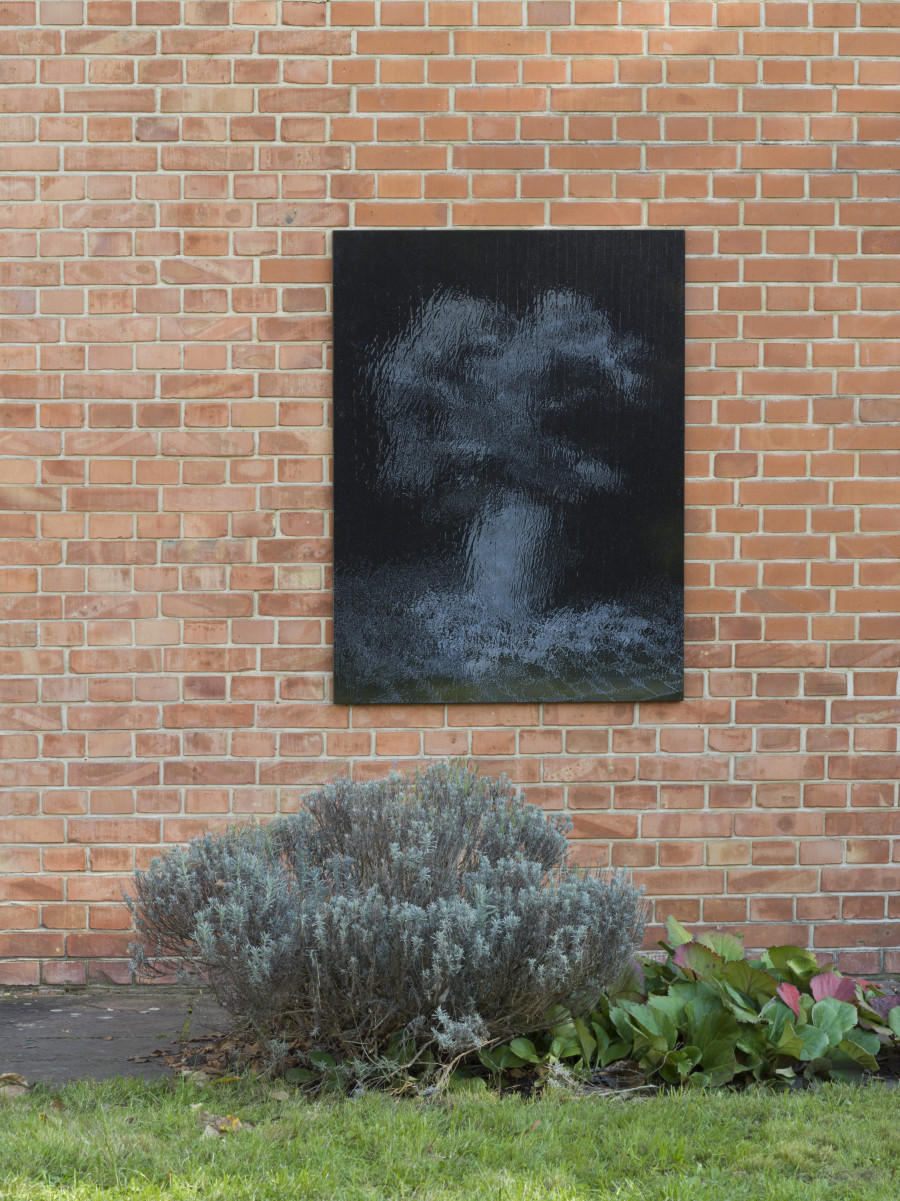 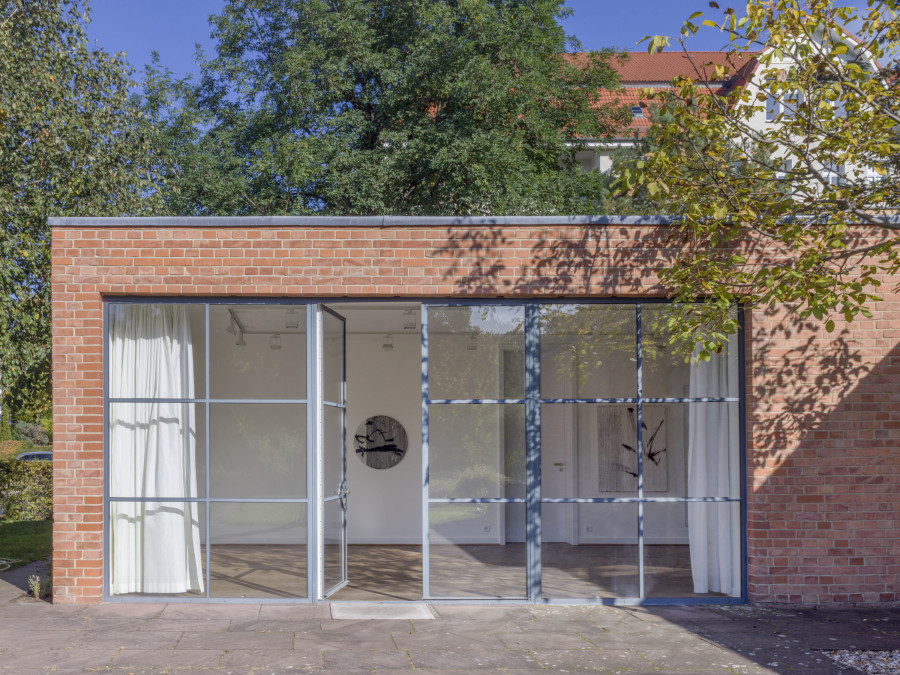 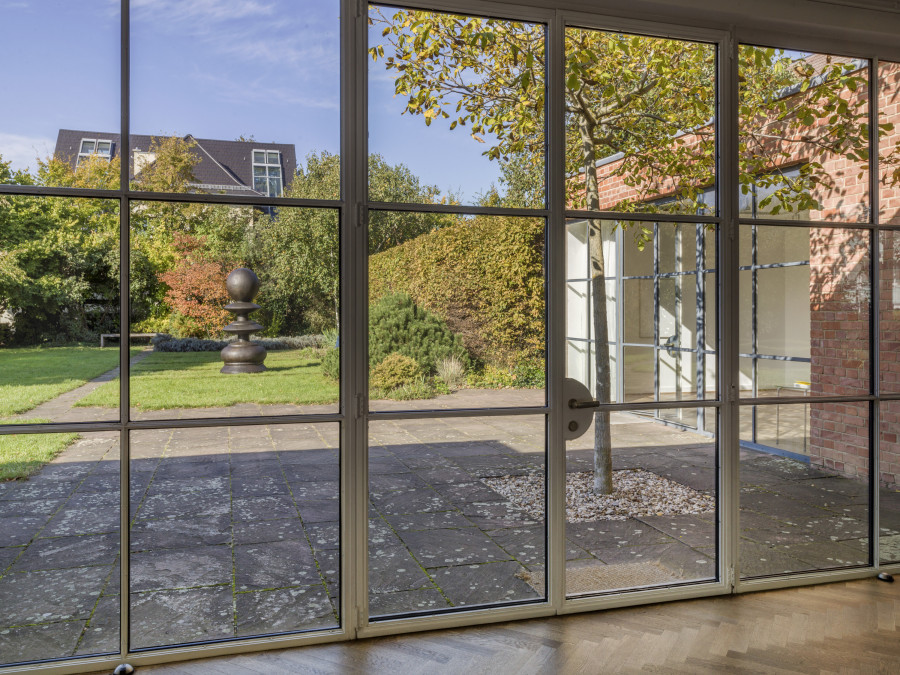 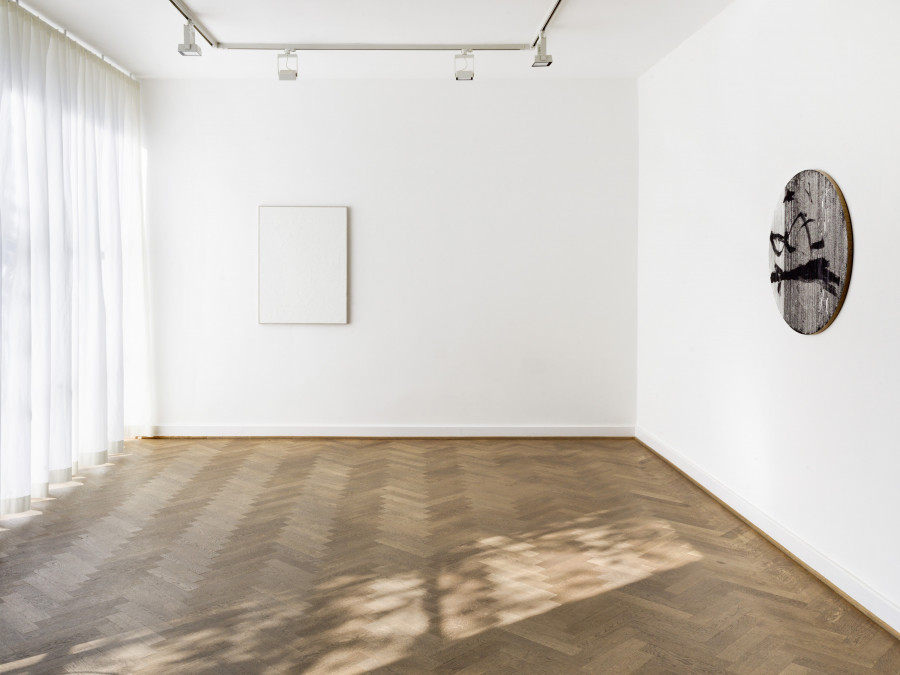 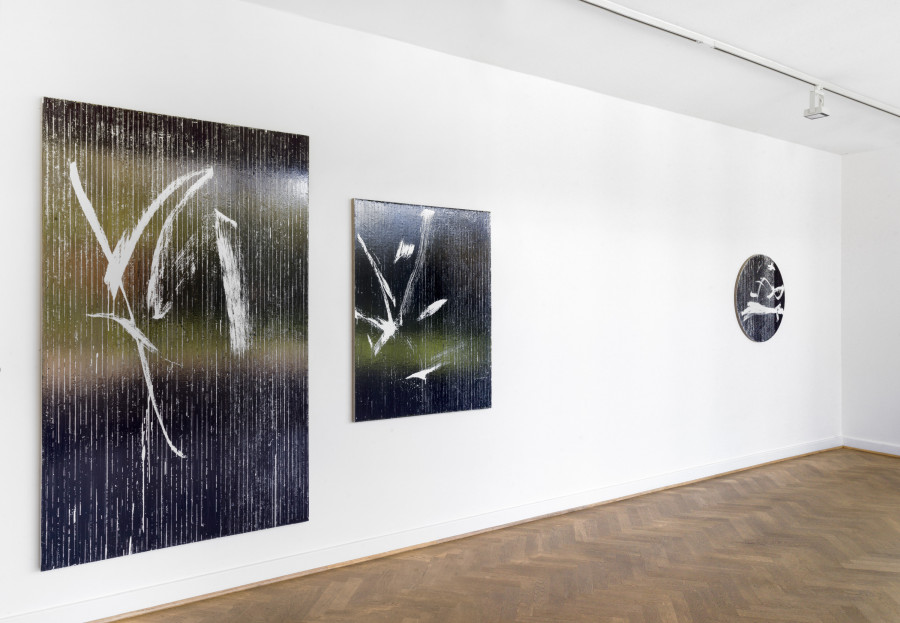 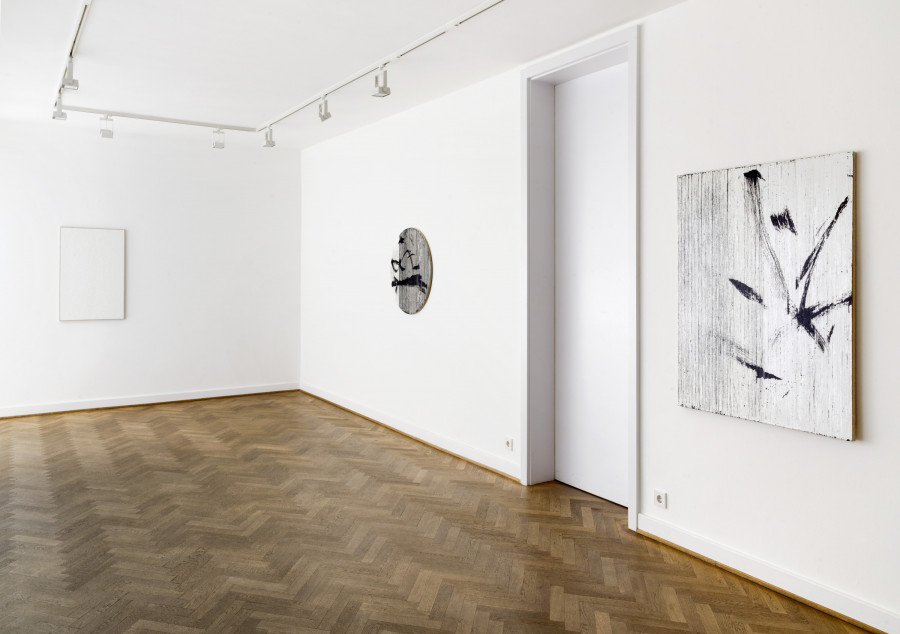 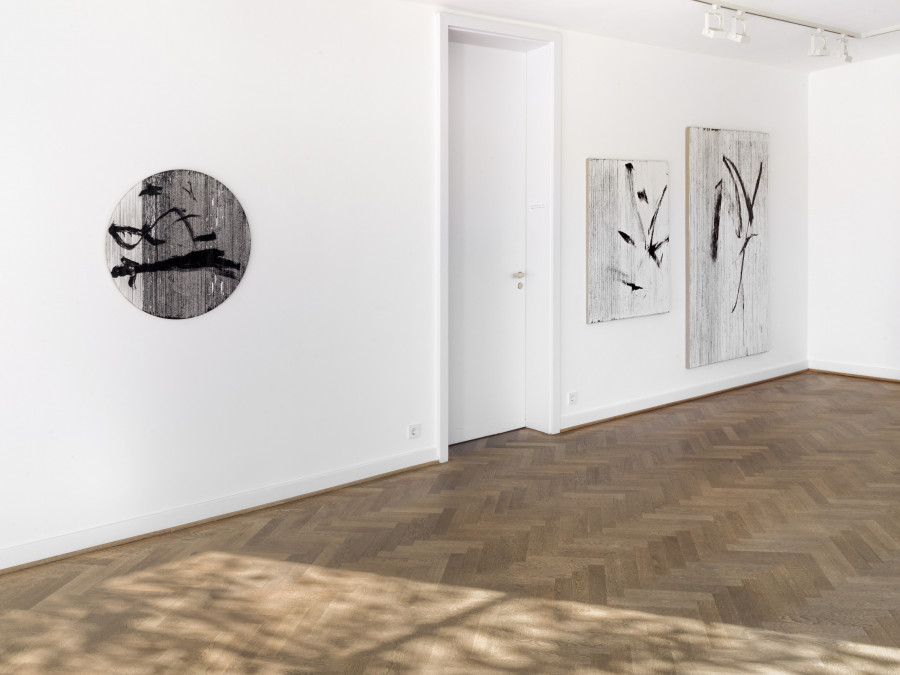 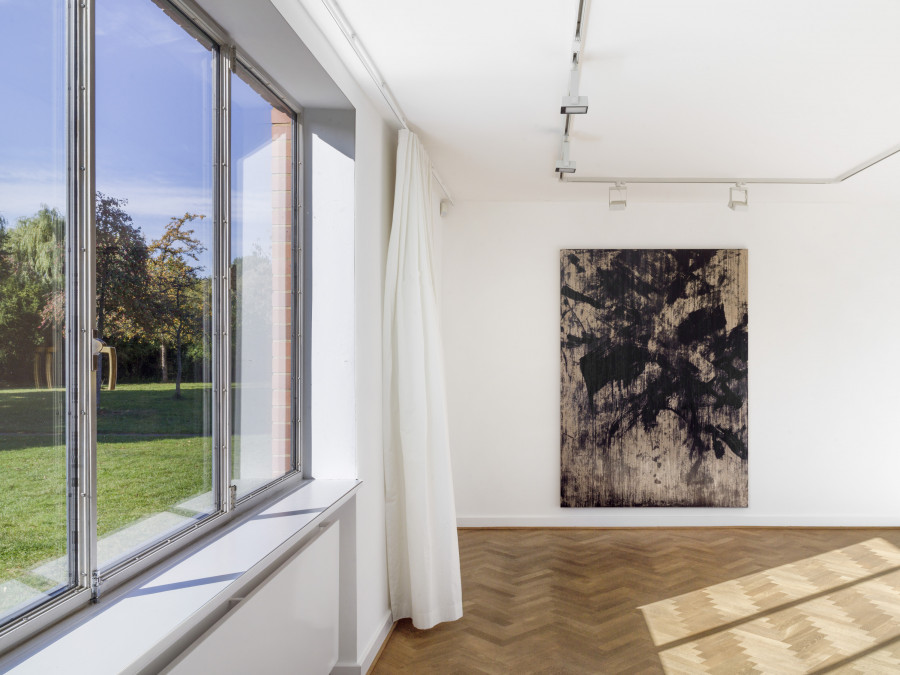 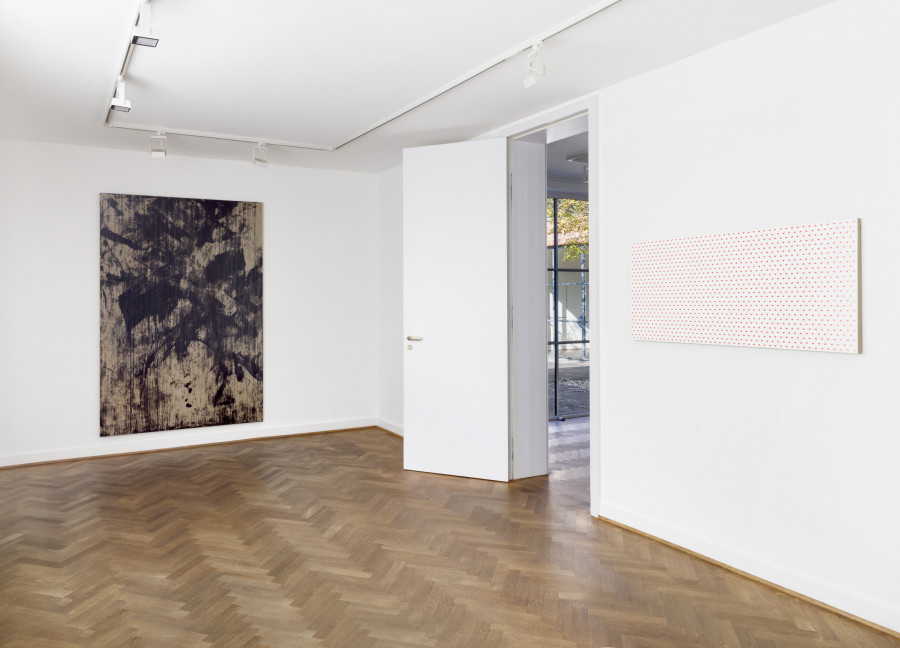 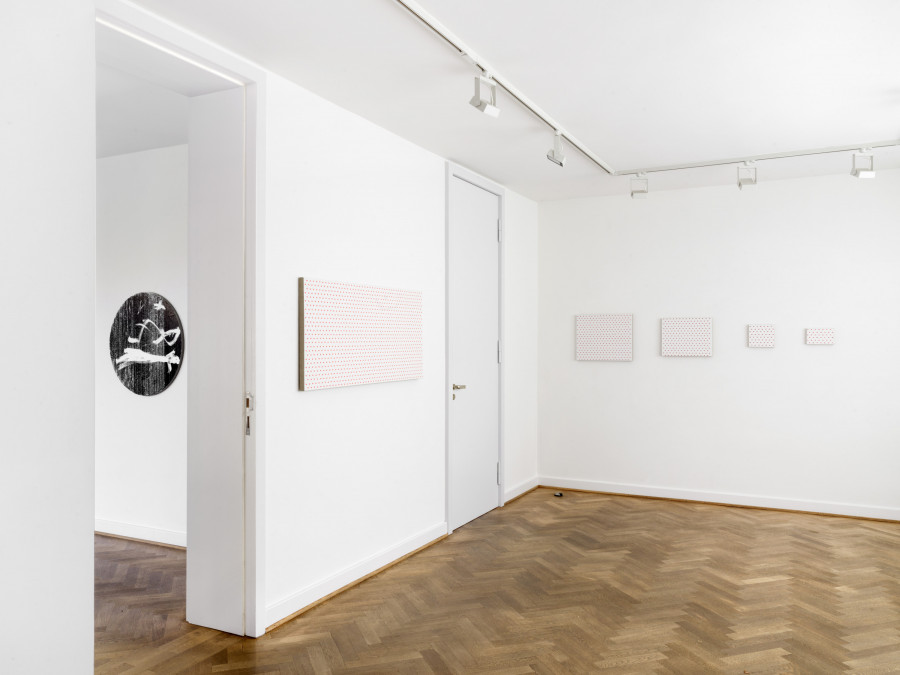 "Im Sturz durch Raum und Zeit" is the title of Gregor Hildebrandt's solo exhibition at Mies van der Rohe Haus in Berlin. The artist plays with the architectural-spatial layout of the Mies van der Rohe house in a self-confident and subtle way. He reflects on the relationships between the interior spaces themselves and their interaction between inside and outside. Both the lake adjoining the property and the extensive garden are included in the exhibition.

Hildebrandt uses the symmetrical layout of the adjacent elongated former study and the former dining room. He plays on the two long walls opposite the floor-to-ceiling windows with three positive-negative pairs of his rip-off paintings. In the bedroom, a large work (with the dimensions of the artist's bed) is juxtaposed to several pieces from the "Herzchen"-series, which initially go back to the pattern of a romper suit of the artist's son.