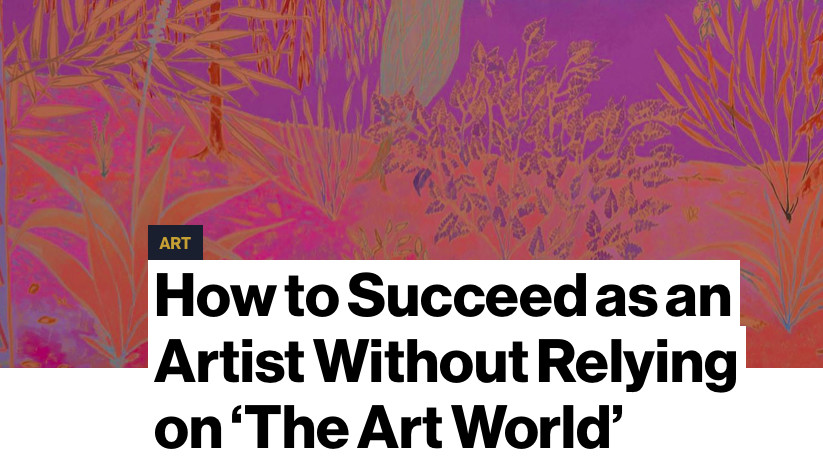 article
JOHN MCALLISTER
James Tarmy: How to Succeed as an Artist Without Relying on ‘The Art World’
Bloomberg.com

John McAllister has adoring collectors and sold-out shows. So what if museums aren’t on board?

At Miami’s NADA art fair, which closed on Dec. 10, the booths are small and the aisles narrow, which means galleries do their utmost to set themselves apart.

So it was unusual to see paintings by the same artist—John McAllister, a Louisiana-born, Massachusetts-based artist—hung in two separate booths. One, on display at the Shane Campbell Gallery, was on sale for $30,000 and sold in the first two hours of the fair’s opening.

The second, which was 14 feet wide, was at the booth of James Fuentes Gallery, and by the end of the fair sold for $70,000 to a trustee of the Carnegie Museum of Art in Pittsburgh.

Most of McAllister’s art doesn’t end up at fairs—but recently you could find it at solo exhibitions in six galleries on two continents: Almine Rech in Brussels, Wentrup in Berlin, Carl Freedman in London, Shane Campbell in Chicago, Richard Telles in Los Angeles, and James Fuentes, who was McAllister’s first dealer, in New York. “I fell in love with the work,” says Fuentes. “Its scale, its luminosity at the time, really grabbed me.”