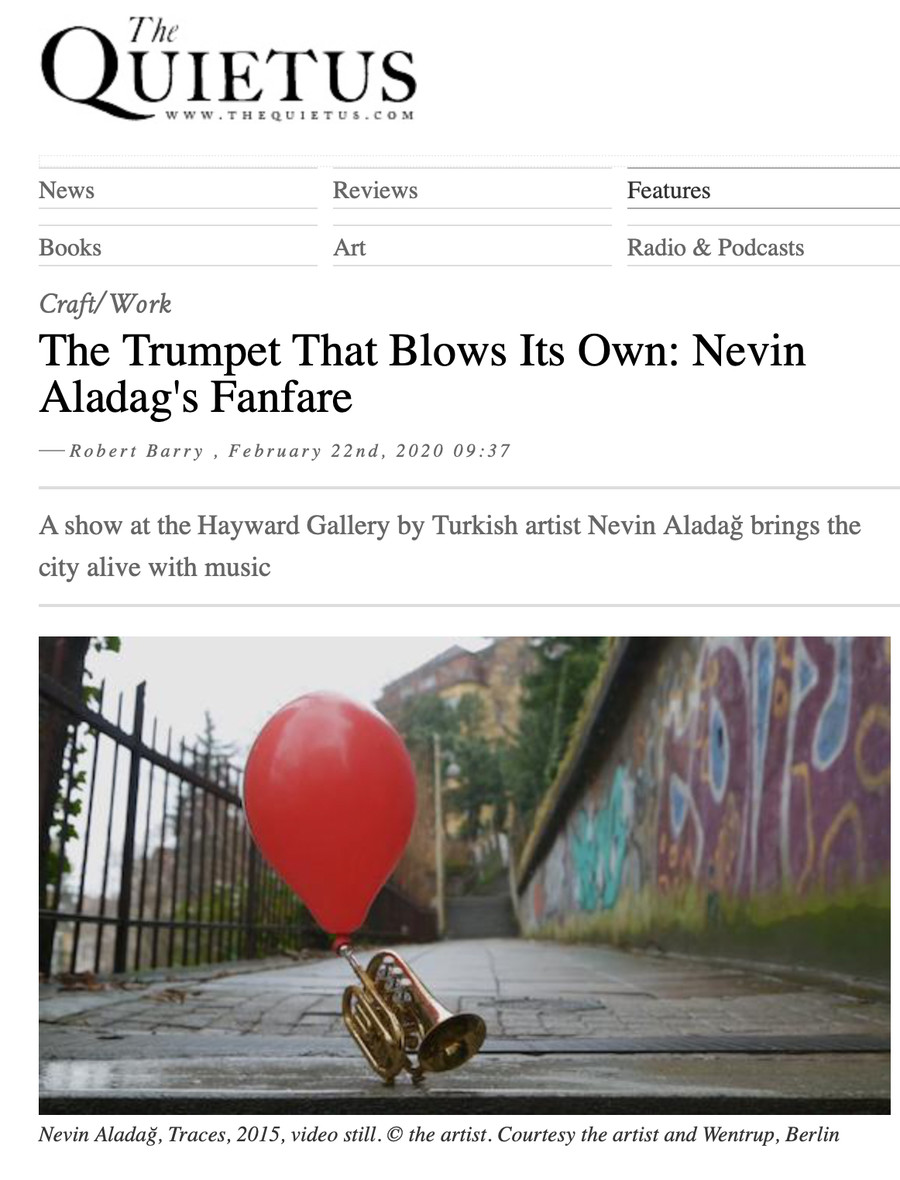 A show at the Hayward Gallery by Turkish artist Nevin Aladağ brings the city alive with music.

Black boots shimmy on an iron grate. Loafers jump and jive on cobblestones. A pair of trainers skip playfully to and fro in a shallow puddle over tarmac. Sandals slip and slide on a bed of loose gravel.

In Nevin Aladağ’s three-minute single-channel video work "Top View" (2012) it is not so much a question of the dancer becoming the dance. We hear the rhythm of the steps, but more than that: we hear, too, the tone colour of the street itself, the distinctive timbres of different urban surfaces.

It is the disintegration of any distinction between an instrument, its player, and the site of performance. This successive tumble of feet, captured from ankle on down by the camera’s frame in the ‘top view’ of the work’s title, may be dancing the city – but the city is dancing them too.

Born in the eastern Turkish city of Van, Aladağ moved to Germany whilst still a child and spent the 1990s studying at Munich’s Akademie der Bildenden Künste and now lives in Berlin. In 2002, she participated in Weisbaden’s forty-year celebration of the original Fluxus festival. It’s easy to see why. Her work has a similar mischief to it, not to mention it’s distinctly Fluxian blurring of borders between music, art, and life.