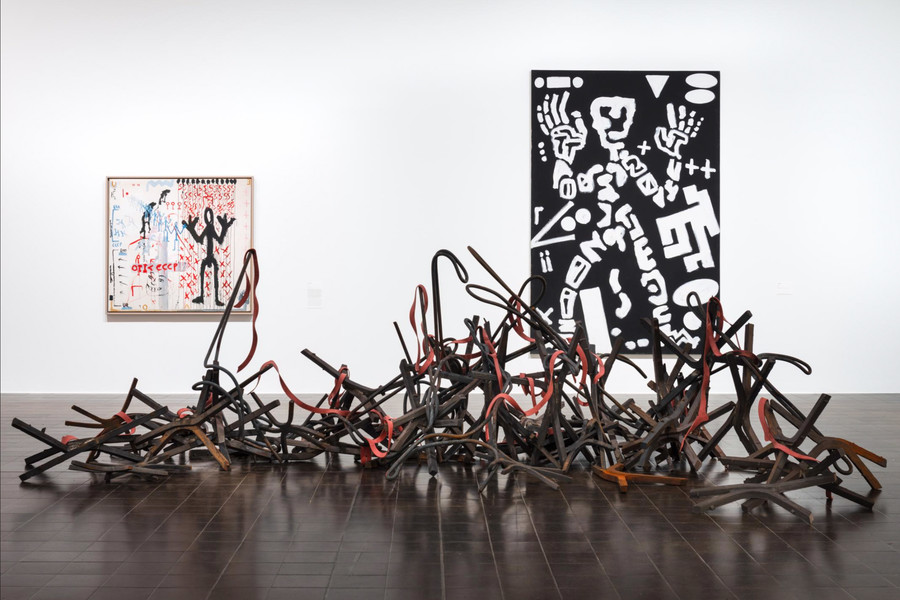 UNFINISHED STORIES recounts by way of example the history of art from the 1960s up to into the 2000s. It illustrates the simultaneity of the unequal, the synchronicity and overlapping of various styles and movements. Above all, UNFINISHED STORIES relies on the narrative potential of art and its ability to give rise to stories that captivate, enrich, touch, irritate and provoke us – and invite us to share them with others.

UNFINISHED STORIES tells stories in the plural form. Following three narrative threads – partially interconnected via visual axes – the presentation traces central themes and developments from the 1960s on. There is, for instance, the human figure itself and its representation in art. What is considered, here, are the relations between the individual and society, gender roles, family constellations and interpersonal relationships. Besides this, it is the material itself, its properties and specific character which become relevant. Processuality, transformation of energy and temporality serve as keywords in this context. A third narrative thread focusses on the innovative strategies pursued in art since the 1960s and 1970s, when traditional conventions were questioned and even broken with. And it is the audience itself which gained in relevance: viewers began to play a different, more active role. The idea as such was declared as art and was no longer necessarily materialized or realized.