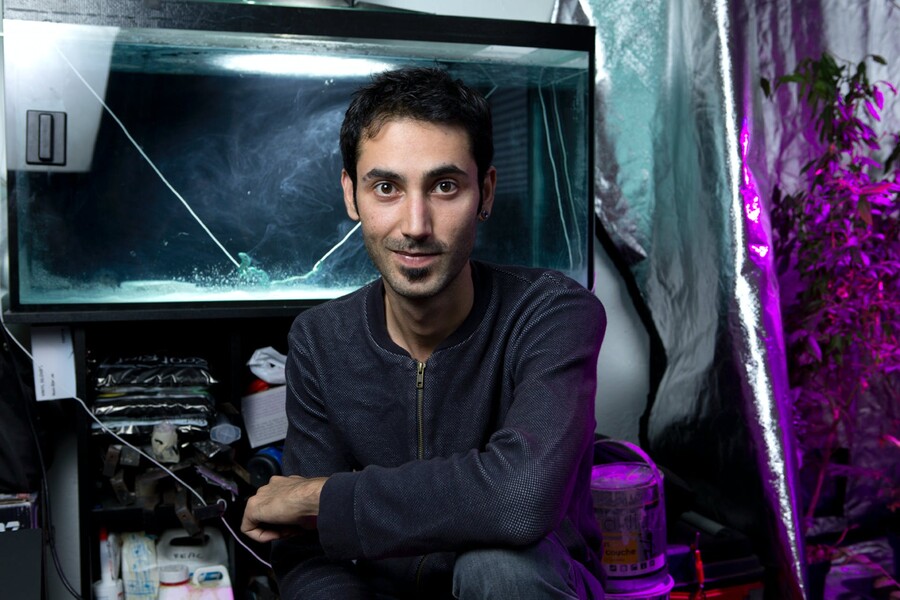 and suddenly it all blossoms

Humanity is now at a crossroads and all signs call for a new epoch. Seeking an alternative to hopeless narratives, the second edition of Riga International Biennial of Contemporary Art (RIBOCA2), curated by Rebecca Lamarche-Vadel, looks to re-enchantment as a frame for building desirable futures, to reimagine ways of being human in a context of deep ecological, economic and social mutation. Against cynicism and political despair, transforming fear into possibility and peril into exuberance, the Biennial seeks alternative actions, thoughts and narratives in the perspective of common futures. Borrowing its title from the Latvian poet Māra Zālīte (b. 1952), and suddenly it all blossoms investigates on the possibility of a fertile metamorphosis and a renewed understanding on humanity’s role amongst beings.

The project draws its inspiration from the history of Riga, Latvia and the Baltic States, where “worlds have ended” many times since the 13th century, across a stream of occupations, wars and economic crises. These conditions inspired practices of resilience that culminated in the surreal human chain of two million citizens, a 600 km social sculpture, linking Tallinn to Riga to Vilnius in 1989. Riga and the Baltics have also been a zone of cultural entanglement for centuries, a bridge at the confluence of territories and nations, where sensitivities and ideologies have been assembled and enmeshed since its very inception. Despite these traumas, human and non-human solidarities have been maintained for centuries, through written and oral poetry, acknowledgements of celestial rhythms and healing practices. The title of the show also links to the Latvian tradition of the dainas, a traditional poetic form that has been present since the end of the 16th century. These short poems, primarily created by women, have been orally passed on from generations to generations, reaching 1,2 texts that reflect on themes such as cosmic order, cycles, life, death, joy and sorrow. The worldviews developed in these poems are a testament to perspectives developed before scientific times, as humans could only refer to their own eyes, consciousness, and understanding to build relationship with their environment. Seeking to understand the meaning of life has always been understood in Latvian tradition as part of the daily life, as vital as breathing and talking.

Reflecting on our collective inheritance and potential future harvests, RIBOCA2 aims to give attention and space to voices, gestures, rhythms and beings that have been silenced by dominant cultures. The exhibition also extends the territory of art beyond inherited categories, inviting creators from various fields and disciplines to share their voice and sensitivities. and suddenly it all blossoms proposes to recalibrate perspectives, for the possibility of a collective metamorphosis and a chance to build at the end of a world.

RIBOCA2 will comprise of a minimum of 85% new commissions, produced in close relationship with local actors and communities. The Biennial brings together artists, creators and thinkers that mirror the enmeshment of local and global perspectives. True to its mission of promoting local and neighbouring art scenes, almost a third of the participating artists are from the Baltic countries, while almost 60% are from the Baltic region (including Denmark, Estonia, Finland, Germany, Latvia, Lithuania, Poland and Russia) in dialogue with individuals from Argentina, Austria, Belgium, Croatia, France, Greece, Italy, Mexico, Norway, Switzerland, the UK and the USA.