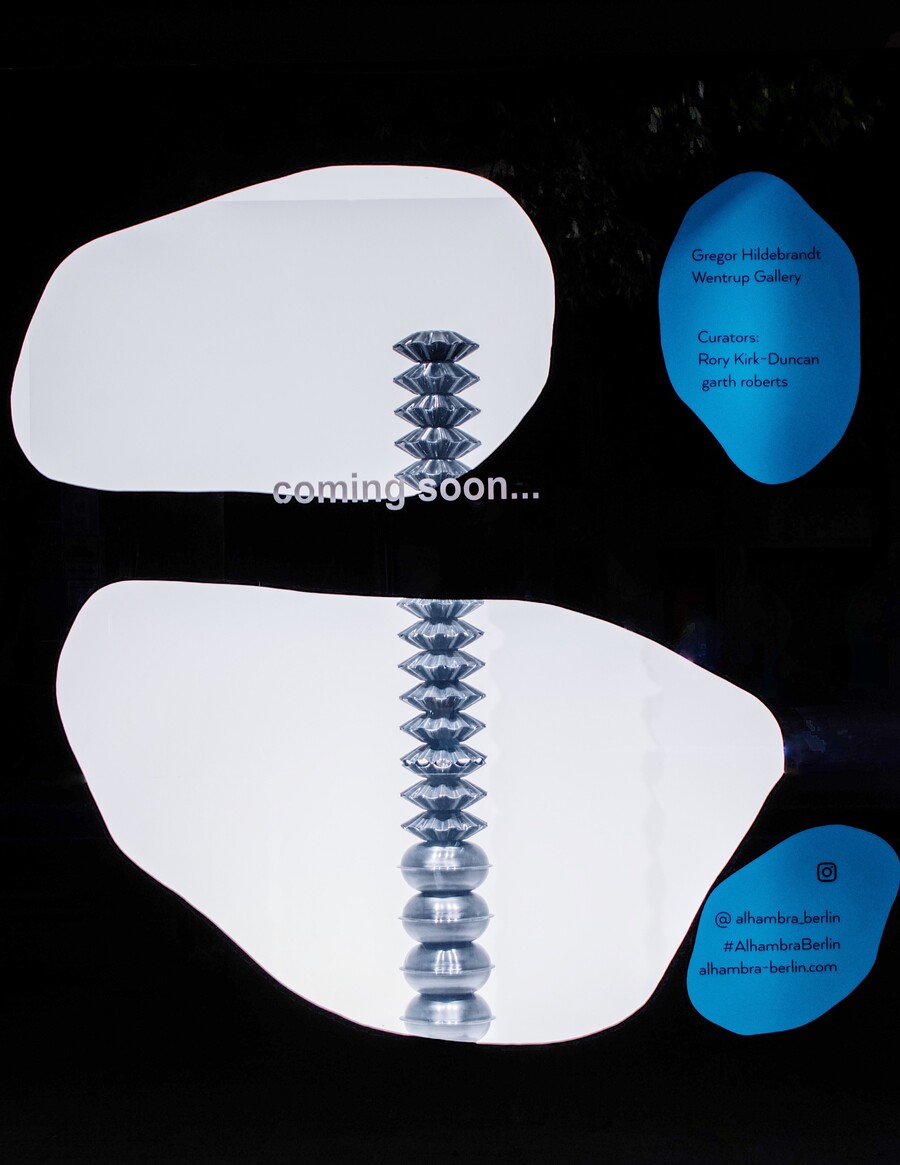 We are pleased to announce that Gregor Hildebrand's sculpture, 'der Super Joker' (2019) is on view in the window of the iconic ALHAMBRA building on Kurfürstendamm 68, Berlin. Original built in the 1922 as a major public cinema by esteemed German architect, Max Bischoff, it premiered the first sound film in the same year.

The ALHAMBRA is now in latter stages of renovation, now as a major retail and concept space, and during this period of renovation, a section of the street level windows are being curated by Gallery Director Rory Kirk-Duncan, alongside Designer Garth Roberts from his eponymous design firm in Berlin. With completion set for the end of 2020, the interior space will host pop-up exhibitions and group shows.